It's too early to talk about 5-0 win over India: Bairstow | SPORTS
Categorized as
174
Tagged as
Alex HalesBen StokesJoe RootJonny Bairstowthe Oval
Related 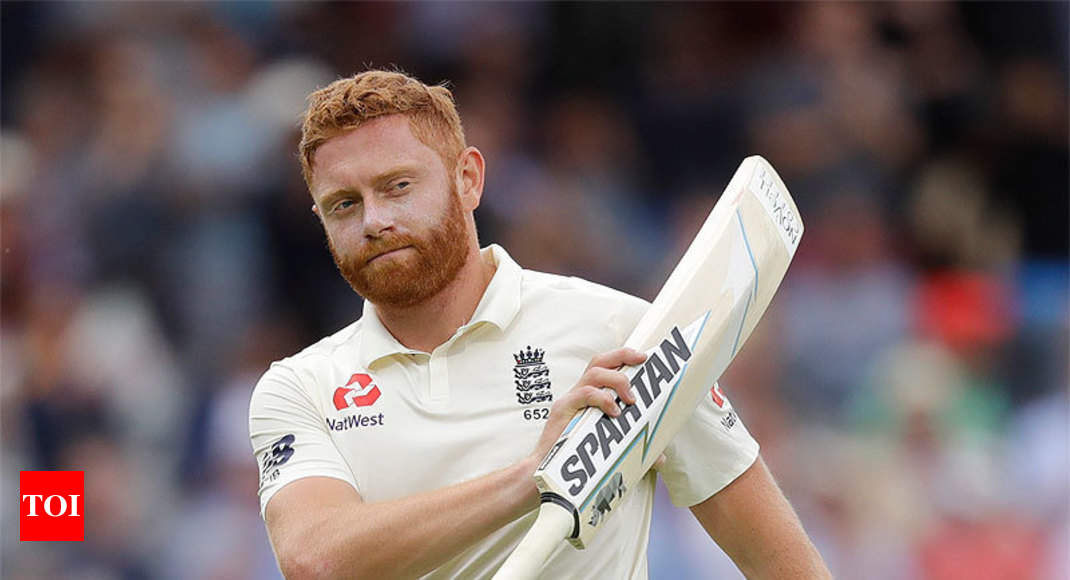 LONDON: The Indian team might be at a low ebb after losing the first two Tests but England wicketkeeper-batsman Jonny Bairstow says it is too early to talk about a 5-0 whitewash.

The tourists suffered a humiliating innings defeat at Lord’s on Sunday, and England appear unstoppable at the moment but Bairstow is taking nothing for granted and said India still has the ability to turn things around.

“Yes, we have exploited the conditions and we know how to play in home conditions, but I do not think you can say that India are vulnerable. They are the number one side in the world for a reason and there is a lot of cricket still to be played in the series,” Bairstow was quoted as saying by ‘The Daily Telegraph’.

“It is too early to be talking about 5-0. The weather could get hot again, the pitches at Southampton and the Oval could be dry. We definitely will not be taking our foot off the pedal,” said Bairstow who scored 70 and 28 in the first Test and 93 in the second.

The third of the five-match series begins at Trent Bridge in Nottingham from August 18 while the fourth (August 30 to September 3) and fifth (September 7-11) will be played at Ageas Bowl in Southampton and The Oval in London respectively.

His captain Joe Root had said after the second Test win at Lord’s that a 5-0 result would be a dream.

“Obviously, that would be the dream — to put in five complete performances and have five wins. But it’s important we don’t get complacent, arrogant, or look too far ahead,” Root had said.

Bairstow is also delighted that England team-mate Ben Stokes has been found not guilty of affray. Stokes was cleared by Bristol Crown Court following his involvement in a brawl that took place outside a Bristol nightclub last September.

The all-rounder and his England team-mate Alex Hales, who was also involved in the incident, now await the outcome of a cricket disciplinary case, which had been on hold pending the conclusion of criminal proceedings.

It was confirmed yesterday that Stokes will rejoin the England squad for the third Test.

“I’m really happy that the verdict has come out as it has for English cricket. It’s big for him. It’s been a long 10 months for him, for his family,” said Bairstow.

“(I’m) delighted and hopefully we can see him back in an England shirt very, very soon because we saw the impact that he had at Edgbaston only a couple of weeks ago in the first Test.”