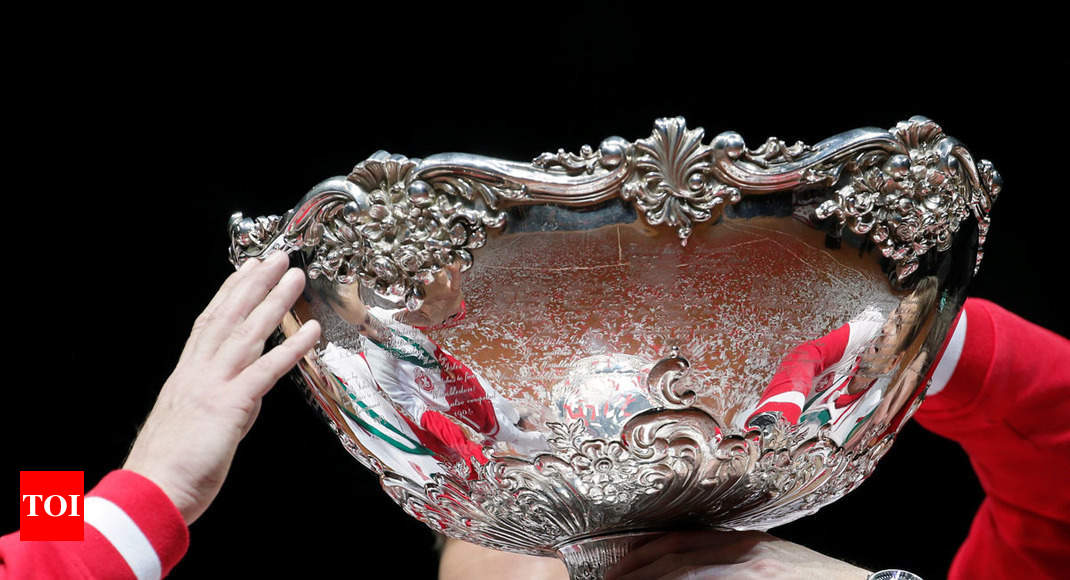 LONDON: The International Tennis Federation (ITF) has hit back at accusations that there has been a lack of transparency about the proposed revamp of the Davis Cup and is confident the new plans will deliver long-term benefits to players, nations and sponsors.

Tennis Australia had said in a strongly worded letter that it planned to “vote against the proposed amendments” at the ITF’s August 13-16 AGM in Orlando, Florida since the reform process has been “far from transparent”.

Tennis Europe, a regional governing body representing 50 member nations, also said it opposed the ITF’s plans to transform the 118-year-old Davis Cup into an 18-team, one-week season finale that is due to be held in November 2019.

However, the ITF said the new World Cup of Tennis Finals will safeguard the future of the sport as it is being set up in a 25-year, $3 billion partnership with investment group Kosmos and also has the backing of Wimbledon, French and US Open officials.

“The ITF has travelled extensively to consult with all stakeholders in tennis and incorporated their feedback to develop a reform package for the Davis Cup which delivers long-term benefits for players, nations, fans, sponsors and broadcasters,” the ITF said in a statement on Saturday.

“Rigorous due-diligence has been undertaken by independent experts and the ITF has complete confidence in its partners, Kosmos, to deliver these transformational reforms.”

Tennis Europe said there was no clarity about how Kosmos, which was founded by Barcelona and Spain soccer player Gerard Pique, plans to guarantee “US$120 million per year which would be the $3 billion deal over 25 years”.

The ITF’s shake-up of the Davis Cup has been undermined after the men’s governing body, the ATP, announced plans to introduce a rival 24-team World Team Cup, offering $15 million in prize money plus ranking points, into the calendar from early 2020 in Australia. The ATP’s venture is endorsed by Tennis Australia.

A smaller World Team Cup was held from 1978 to 2012 in Duesseldorf, Germany, but offered no ranking points. The new competition is expected to be a part of the build-up to January’s Australian Open.

The prospect of staging two rival team competitions within a few weeks in a crowded men’s calendar has put the ITF and ATP on a collision course as many players may opt to compete in only one of the events.

“The reforms the ITF is proposing will secure the Davis Cup’s long-term status. The ITF… is the only body in tennis that invests in the future development of tennis and the Davis Cup is critical to generating the revenue to fund this development.”

The ITF’s revamped Davis Cup plans to bring together the 16 leading nations plus two wildcards in one city for a week-long climax to the season.

While it has left traditionalists mourning the loss of the home-and-away format that can generate partisan atmospheres, the ITF and its partners said it was necessary to “modernise and evolve to adapt to the demands of the 21st century”.

“The tennis landscape has changed significantly from when the Davis Cup competition was set up more than 100 years ago, but its heritage is its strength, and it remains a competition of considerable importance to the players and to the nations participating in it,” All England Club and Wimbledon chairman Philip Brook said.

“The AELTC believes that it is in the best interests of tennis to ensure that the Davis Cup has a strong and successful future, and is therefore supportive of the proposals of the ITF and the Kosmos group to address the challenges currently faced by the Davis Cup.”

Speaking about the US Open’s support, United States Tennis Association President, Katrina Adams, said: “Along with innovating and inspiring fans to engage with Davis Cup, the commercial partnership with Kosmos is unprecedented and their investment will provide worldwide opportunities to grow the sport and build upon the success and history of the Davis Cup.”

French Tennis Federation President Bernard Giudicelli added: “It is a significant moment that three Grand Slam boards have now pledged their official support for this change, which we know is needed for the future of tennis.

“We have a great opportunity to change tennis worldwide with this proposed partnership with Kosmos… we have an opportunity to make history and create an ITF legacy.”