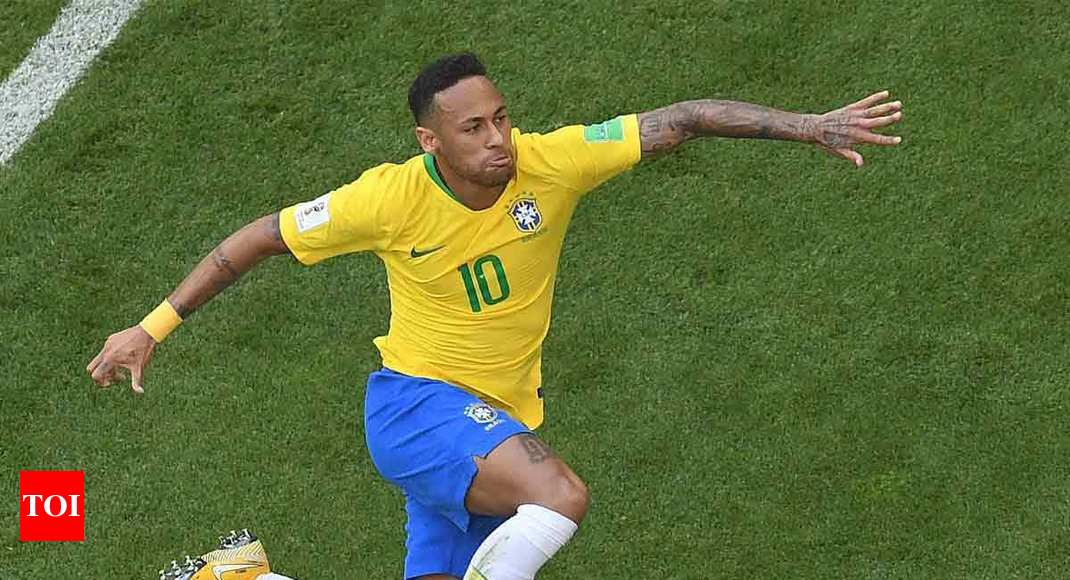 Samara: Neymar loves the bling. When he finally decided to face the media after a match-winning performance on Monday, he was dressed to impress, if not to kill. Double strands of gold chains glistening over his blue t-shirt, rings on his fingers and a fancy watch on his wrist, Neymar wore a smile to top it all. Perhaps, he had a shower too in the short stretch of time, because he was the last to leave the pitch, bare-chested, soaking in his ‘first’ classic show since his metatarsal injury.

“I don’t want this to be Neymar’s World Cup. I want it to be Brazil’s World Cup. The collective is much more important than the individual,” he said to eagerly waiting gathering at the Samara Arena press room.

He was told that Mexican Juan Antonio Osorio had called him an actor who draws unnecessary fouls. Neymar smiled and was about to start his riposte when Tite interjected. “We have to respect hierarchy. Their coach has said something. I will respond to the allegation.” The next question was about the number of chances Brazil had wasted and Neymar said, “We know Ochoa has great qualities. But I did not give up. I am Brazilian, my perseverance paid in the end. It was a goal of great perception and will.” He added: “We have to learn to suffer. It was a very difficult match.”

Speaking on the allegation of going down easily, Neymar said, “It is an attempt to undermine me and my team. I do not care much for criticism.”