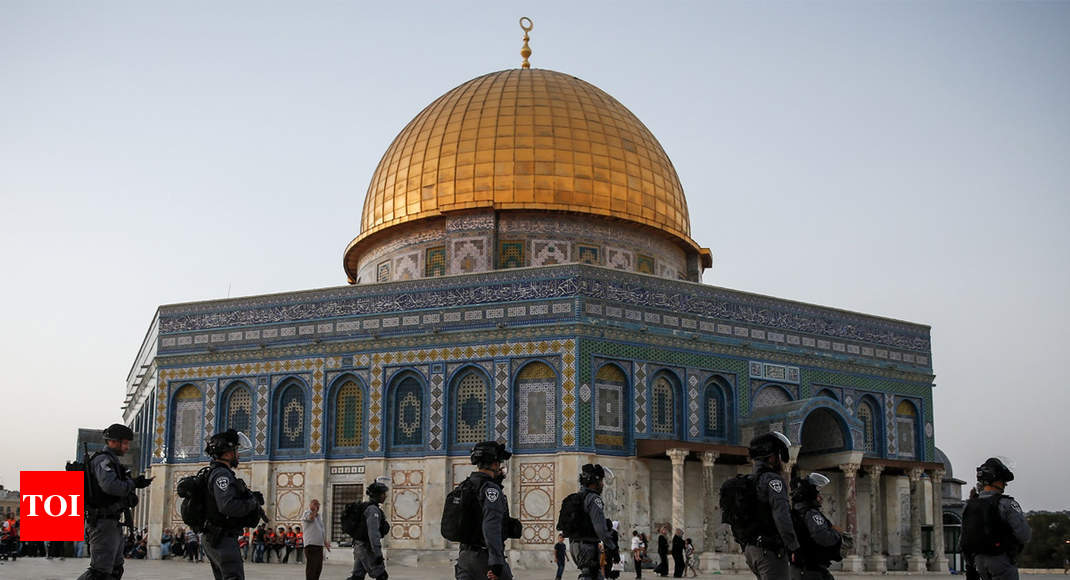 The Waqf, the religious authority that runs the mosque, confirmed the gates were closed after unrest broke out.

All entry into and out of the mosque, which is Islam’s third holiest site, was prevented, the photographer said.

Police did not confirm the closures but said the clashes were sparked after Friday midday prayers as “rioters started to throw fireworks directly at police”.

“Police entered the Temple Mount compound and began evacuating the site. During dispersal of the rioters police arrested a number of suspects,” a statement said, using the Jewish name for the site.

It added police were still seeking to arrest a number of suspects who had fled into the Al-Aqsa mosque inside the compound.

The Waqf published videos showing police firing tear gas at Palestinians inside the mosque compound, which also includes the Dome of the Rock.

The compound is one of the most fractious issues in the Israel-Palestinian conflict.

The site is also holy to Jews, who believe it to be the location of the first and second temples of Judaism and refer to it as the Temple Mount.

An outer wall of the site is the Western Wall, the holiest site at which Jews are allowed to pray. The wall was not sealed off Friday.

The mosque is a rallying point for Palestinians and Muslims generally, who fear Israel is seeking to change the so-called status quo arrangement at the site.

Under that agreement, Jews can visit but only Muslims are allowed to visibly pray at the site.

In July 2017 tens of thousands of Palestinians prayed outside for weeks after Israel installed new metal detectors following an attack at al-Aqsa.

Palestinians say a visit to the site by right wing Israeli politician Ariel Sharon sparked the second intifada, or uprising, in 2000, though Israel disputes this.

Fresh Palestinian protests were expected along the Gaza-Israel border Friday evening, a week after an Israeli soldier was shot dead there.