NEW DELHI: Virat Kohli is on top of the ICC Player Rankings for Test Batsmen, riding on his brilliant century against England in the opening Test at Edgbaston.

Kohli is the seventh Indian batsman (after Sachin Tendulkar, Rahul Dravid, Gautam Gambhir, Sunil Gavaskar, anVirender Sehwag d Dilip Vengsarkar) to be ranked on top. However, at 934 points, he is India’s highest-ranked batsman, 14th overall, on the all-time tally of points.

A couple of good knocks could push him into the top-10 by leapfrogging Matthew Hayden, Jacques Kallis and AB de Villiers (at 935 points each). Donald Bradman (961) and Steve Smith (947) are the two batsmen sitting on top of this exclusive list. 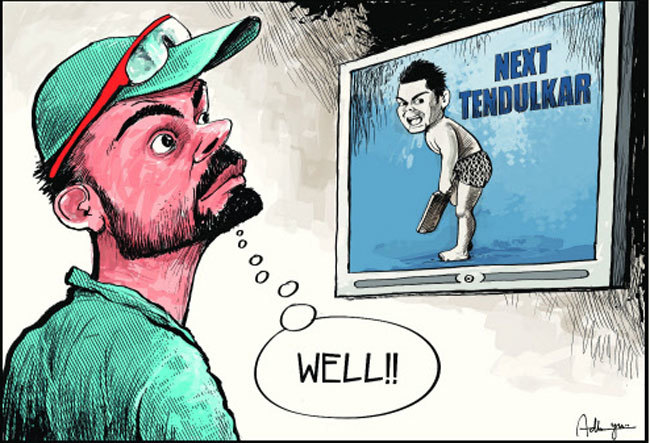 Kohli scored 149 not out and 51 in India’s 31-run loss to England in the first Test at Edgbaston but must remain in form during the rest of the four Tests in the series to stay top.

Kohli is now on top of the rankings for the first time in an impressive 67-Test career that has yielded 5,754 runs at an average of 54.28, including 22 hundreds.

He now leads Smith by five points, but will have to maintain the form in the remaining four Tests to end the series as the world’s highest-ranked batsman.

Kohli had entered the Edgbaston Test on 903 points, 13 points behind former opening batsman Gavaskar, and is now ahead of the ICC Cricket Hall of Famer by 18 points.