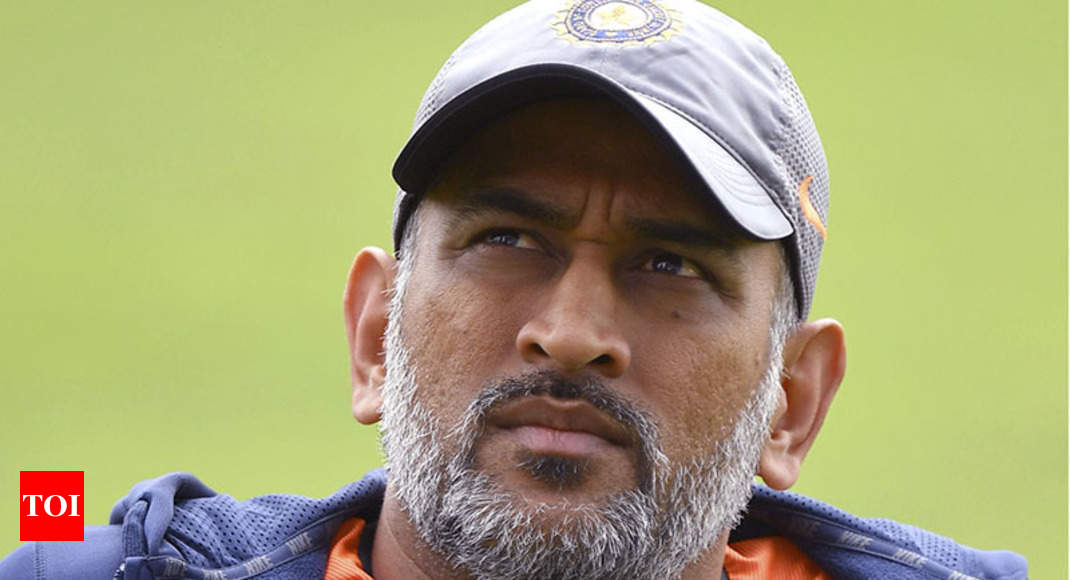 NEW DELHI : Speculations over MS Dhoni’s limited-overs career is nothing new and a surprise act by the former India captain at the end of third ODI against England on Tuesday has fueled it once again.

India lost the ODI series on their tour of England as the hosts won by eight wickets to clinch the three-match rubber 2-1. While the debate over Virat Kohli’s triple change in the playing eleven for the crucial match was getting hotter, Dhoni’s act of taking the ball from the umpires raised the old question once again: Is MSD contemplating retirement?

In a video that went viral, Dhoni could be seen asking the umpires to give him the ball as players made their way off the park. This led to the speculations if India’s most successful captain has made up his mind.

Here’s the video of the MS Dhoni taking the ball from umpires after the game. #ENGvIND https://t.co/C14FwhCwfq

Dhoni – who quit Test cricket in the middle of India’s 2014 tour of Australia – has been at the centre of a debate caused by his last two knocks that have been slow by his usual swashbuckling standards. He was even booed during his laborious innings of 37 runs in the second match of the series at Lord’s.

In the series-decider, he scored 42 off 66 balls as India kept losing wickets at regular intervals before finishing with a below-par 256/8. England, led by Eoin Morgan and Joe Root’s knocks, overhauled the target with ease to win the bilateral series. It was Kohli’s first ODI series loss as skipper, ending India’s unbeaten run in nine series before they arrived in England.

But what Dhoni did after England scored the winning runs on Tuesday has made heads turn.