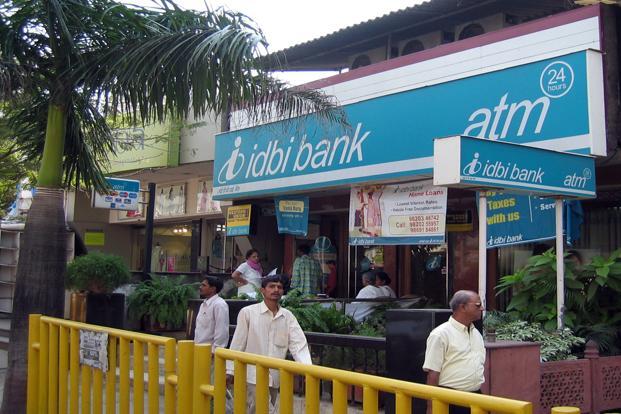 The government has been trying to privatize IDBI Bank for the past couple of years due to rising losses and NPAs. Photo: Bloomberg

Mumbai: The board of India’s insurance regulator—Insurance Regulatory and Development Authority of India, or IRDA—will meet on Friday to discuss a possible easing of rules to facilitate IDBI Bank sale to Life Insurance Corporation of India (LIC), two people aware of the development said.

The government plans to sell bad debt-laden IDBI Bank Ltd to LIC, but is constrained by the Insurance Act which prohibits an insurer from acquiring more than 15% stake in any company. Still, the IRDA has the power to grant exemptions such as this.

“The government is keen to sell a 43% stake in IDBI Bank to LIC as an acquisition under the provisions of the LIC Act. The Insurance Act does not allow an insurer to take more than 15% in a company; so, an exemption may be required from IRDA for the stake sale to go through,” said one of the two people quoted above, both of whom spoke on condition of anonymity.

Mint had reported on 23 June that LIC could shell out ₹ 10,500 crore for the acquisition, which would increase its total stake in the bank to 51% from the current 8%.

The government’s stake in IDBI Bank increased to 85.96% from 80.96% after a preferential sale of shares to the government last month. However, under a plan announced in the Union Budget of 2016-17, the government plans to reduce its holding below 50%.

“The board of the insurance regulator is meeting on 29 June. Among other issues, it will also consider whether LIC can be exempt from the insurance norms. This is after the government approved an LIC proposal for buying substantial stake in the state-owned bank,” said the second of the two people cited above.

“The government is keen to complete the IDBI Bank stake sale before December this year,” he said.

Even though the Insurance Act prevents LIC from holding more than 15% stake in any company, the LIC Act allows the insurer to take investment-related decisions based on the nature of the company and the impact of that investment on its policyholders.

LIC typically does two types of investments—strategic investments and pure investments. For investment decisions, it needs to comply with IRDA norms.

Considering it is a 43% stake acquisition, LIC would need to make an open offer to IDBI Bank shareholders under Securities and Exchange Board of India (Sebi) norms.

An acquisition of more than 25% in a listed company is defined as control under Sebi norms and requires an open offer. “Since the proposal is for LIC to acquire stake in IDBI to increase its stake to 40%, which would ordinarily require an open offer to be made under the takeover code for change in control, the transaction would require dispensation from Sebi from a mandatory open offer,” said Abhimanyu Bhattacharya, partner, Khaitan and Co.

“The IDBI Bank stake sale does not require any amendments to the existing laws; just regulatory approvals and dispensations from Sebi, IRDA and the Reserve Bank of India (RBI),” said the second person.

“In the past, RBI has not been keen on linking LIC with banks, anticipating risks in case things go haywire for the insurer. But the current proposal is yet to come to the banking regulator for its approval,” said the first person.

The government has been trying to privatize IDBI Bank for the past couple of years due to rising losses and non-performing assets (NPAs). IDBI Bank has the highest NPA ratio among state-run lenders; its gross NPAs almost doubled to ₹ 55,588.26 crore during fiscal 2018.