Categorized as
143
Tagged as
Jammu and Kashmiroperation dreamsSandeep Chaudhary
Related

JAMMU: The efforts of a young Indian Police Service (IPS) officer Sandeep Chaudhary to prepare needy students for competitive examinations bore fruit as 38 of his pupils qualified the written test for the post of sub-inspector in different wings of the state police.

The test for the recruitment of sub-inspectors in the executive, armed and telecom wings was conducted by the state police in the last week of June and the results were declared yesterday with 2,181 candidates short-listed for a personality assessment test.

“It is great news that over 25 per cent of my students found their names in the list. Full credit to the students for their dedication and hard work,” Chaudhary, a 2012 batch Jammu and Kashmir cadre IPS officer presently posted as SSP in south Kashmir’s Shopian district, told PTI over the phone.

The selected candidates, among 150 students who attended the officer’s early morning two hour class for 25 days belong to different parts of Jammu and Ladakh regions and included seven girls.

One of them, Shubham Mannsotra, was already serving the police as a constable. Encouraged by the results, the officer is now planning a similar initiative in Shopian, which has emerged as a hot-bed of militancy in the region.

“I want the youth to utilise their energy in a positive manner and for the betterment of the society. Several initiatives are in my mind like the free coaching to aspiring students,” the officer said. 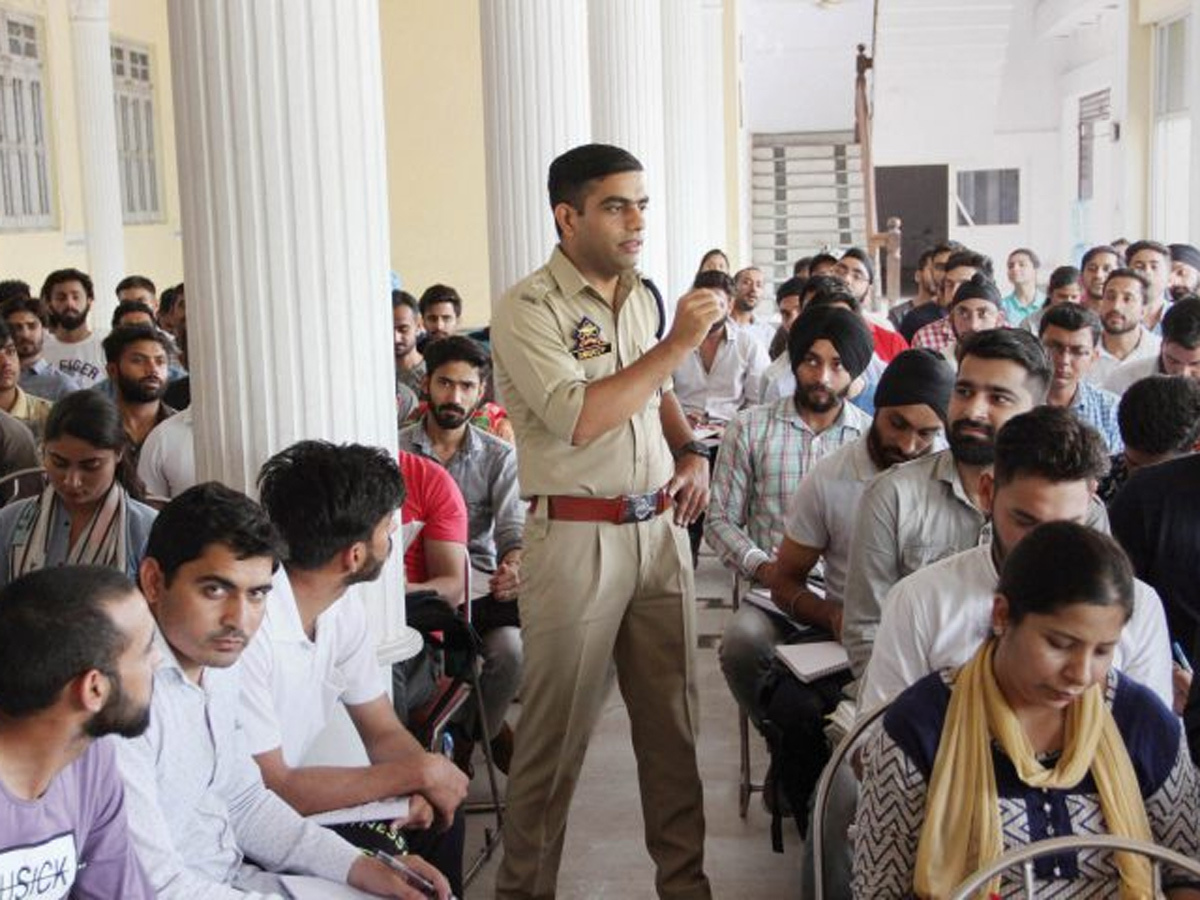 Education is one human endeavour that can connect people from different backgrounds, he said.

The bridge between police and Kashmir can hopefully be built through such classes, he feels.

Chaudhary, who hails from Punjab, had started ‘operation dreams‘ initiative on May 30 from his office chamber during his posting as Superintendent of Police, south Jammu, for 10 candidates who aspired to become sub-inspectors.

However, the numbers swelled and the officer was forced to look for alternate arrangement.

After two days, he shifted his class to a private community centre near his office after the owner voluntarily offered to support for the initiative.

Despite a hectic schedule, the officer dedicated two hours every morning for the students especially those unable to meet the expenses of quality coaching and continued the classes till June 23, a day before the scheduled date of the recruitment examination for sub-inspectors.

Congratulating the successful candidates, Chaudhary wished them good luck for the future.

“I was expecting half of my students to qualify the test. The competition was tough and those who did not make it need to work harder,” he said adding “my message to the unsuccessful candidates is that this is not the end, take positives and move forward to achieve your goal”.

Digvijay Jamwal, one of the successful candidates, said it was Chaudhary’s selfless effort which proved to be the motivating factor for him. Jamwal said after finding his name in the list all his thoughts were about he contribution made by the IPS officer. “He has done a lot for us,” he said.