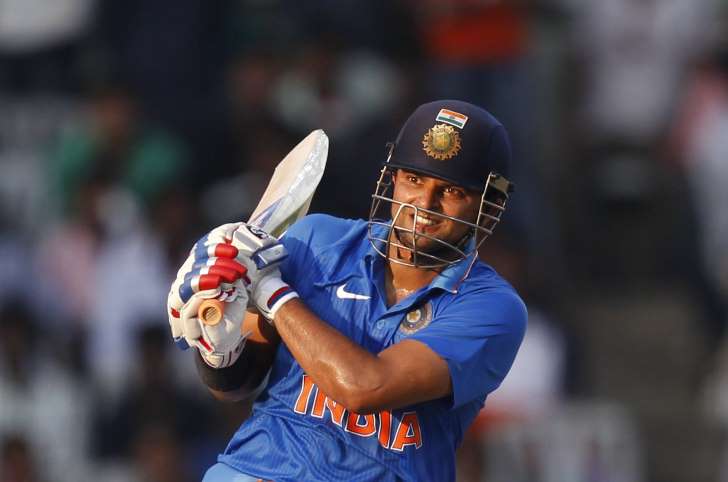 I was shocked when you were overlooked by the selectors even after top scoring in the final T20I. In that match, you made a fine 63 off 45 balls against England in Bangalore on February 1, 2017. You were the highest run-getter for India in the series as well.

Nowadays, the Indian team gives paramount importance to fitness. Players are available for selection only after clearing the Yo-Yo test.

You posted many videos showing that you were sweating out in the gym, but somehow you couldn’t clear the Yo-Yo test.

You had a lean patch in the Ranji Trophy too. Nothing seemed to be going your way.

After the Ranji Trophy, you cleared the Yo-Yo test. It was happy news after a long time. I knew a good performance in the Syed Mushtaq Ali Trophy would open the doors for the national selection.

Things, however, didn’t go well the way I anticipated. You failed in the group stages of the tournament for Uttar Pradesh.

Even when the chips were down, Chennai Super Kings retained you for 11 crores for the IPL, 2018. That might have lifted your spirits. You were among the runs again.

You scored three back-to-back fifty-plus scores in the knockout stage. Your 126* off 59 balls against Bengal gave me goosebumps. It was a treat to watch.

You made a 41-ball 61 in the next game against Tamil Nadu. Then, you played a captain’s knock by making 56 in 47 balls against Baroda. Chasing 193, you played the second fiddle to Umang Sharma who made a blistering 95 off 47 balls.

I was confident that you would be selected for the T20Is against South Africa. You did the hard work, but the selection was not in your hands.

When BCCI announced the team for the SA tour, I was overjoyed. I didn’t know what to do. It was one of the happiest moments of my life.

The series is set to begin on February 18 at New Wanderers Stadium, Johannesburg where India scripted a 63-run win against South Africa in the third Test. The ground has been a lucky ground for India so far. So I expect it will be lucky for you as well.

You have an excellent record against the Proteas in this format. You became the first Indian to score a hundred in T20Is when you smashed 101 off just 60 balls against them. Against the men in green, you have scored 250 runs at an average of 35.71 and a strike-rate of 146.19.

All of your fifty-plus scores in the T20Is came when you batted at No.3. You also earned the tag Mr.IPL when you made truckloads of runs at No.3.

I wish you get a chance to bat at No.3. I know it will be tough as Virat Kohli has been phenomenal for India at that spot.

Hope this will be a series to remember. Wishing you all success.