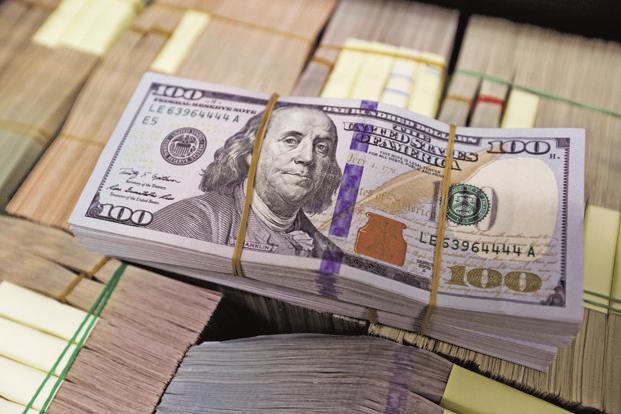 Outflows may end after November when US midterm polls, Brexit and the Brazilian presidential polls are out of the way. Photo: Reuters

Fears of a fully blown trade war, monetary policy tightening by the US Federal Reserve and a strengthening dollar are some factors to be blamed for the ongoing outflow of funds.

But even in this gloom, some economies have managed to attract investors’ attention.

According to EPFR Global, while investors have been pulling back from funds offering diversified exposure in recent weeks, they retain a willingness to back individual markets that seem excessively cheap or offer a reform story.

EPFR data shows that these markets have seen inflows in recent weeks because of positive developments in their respective economies.

“Saudi Arabia is joining the MSCI EM equity index. Mexican political risk is declining after the election is out of the way. South Africa’s government has improved sharply after Zuma’s departure,” Jan Dehn, head of research at London-based Ashmore Group said.

To put things into perspective, Saudi Arabia’s inclusion in the MSCI EM index means that it has been promoted from a frontier to emerging markets status. As for Mexico, the country is viewed as one of few beneficiaries of US-China trade conflict because tariffs on Chinese exports to the US would make goods manufactured in Mexico more competitive.

Dehn further added that investors were heavily underweight in all the three markets, which is why they are less affected by the broader EM selling.

Another factor that could be driving investors towards these economies is crude oil as price of this commodity has spiked in the recent past.

Also, it should be noted that the global investors are eagerly awaiting the initial public offering of oil giant Saudi Aramco, which is likely to be the world’s largest IPO.

Meanwhile, Turkey equity funds too are seeing inflows, as per EPFR Global, investors could be taking advantage of the lira’s sharp depreciation to acquire cheap exposure to Turkish assets.

However, Dehn is optimistic that emerging market equity funds will make a comeback.

“Investors trade by rules of thumb. Right now, investors are selling EM assets fairly indiscriminately due to fears about US President Donald Trump’s very bad economic policies. This is a mistake. They should sell US assets. We are clearly in the making of a major buying opportunity for EM assets,” he said.

Outflows will come to an end and gradually turn to inflows after October/November when US midterm elections, Brexit, German CSU internal elections and the Brazilian presidential election is out of the way, he said.

“The markets will then slow again towards year end. The really big upside in EM is going to materialise in Q1 2019,” he added.

He likes Chinese equities and expects EM equities to easily deliver some 70-80% return in dollar terms in the next five years.

That said, he sees less upside in the Indian equity market due to high valuations and the natural limits imposed on foreign flows by the country’s archaic suspicious attitude towards global markets.