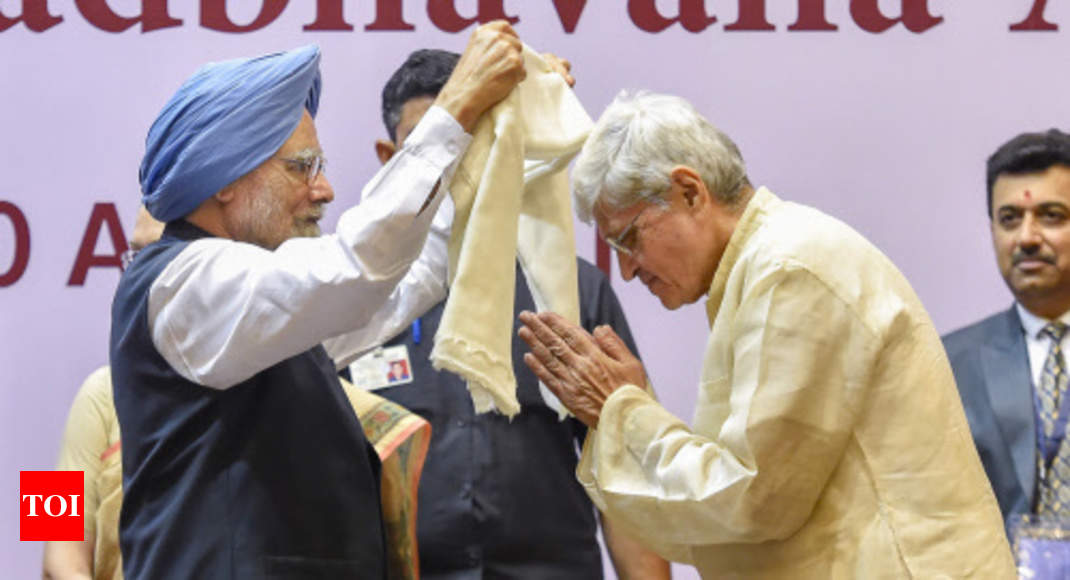 NEW DELHI: Former Prime Minister Manmohan Singh said the growing instances of mob lynching were hurting national interest, even as Congress leader Sonia Gandhi sought a collective resolve to fight the forces of “divisiveness, hate and bigotry”, in what appeared to be a Congress attack on rival BJP.

Singh said, “Those unsavoury trends of growing intolerance, communal polarisation, growing incidence of violent crimes propelled by hatred of certain groups and of mobs taking the law in their own hand can only harm the national interest of our country. They are an anathema to the…cherished objectives enshrined in our magnificent Constitution.”

He was speaking at a function to confer the Rajiv Gandhi National Sadbhavana Award on former West Bengal governor Gopal Krishna Gandhi.

Speaking on the occasion, Sonia Gandhi said, “We have seen that the opening of the economy and the closing of the mind is a dangerous and destructive mix,” while pointing out that technological capabilities would have little value in an environment of growing scientific obscurantism and social prejudice.

C ongress president Rahul Gandhi was conspicuous by his absence at the function. He was also not present at the prayer meeting for former Prime Minister Atal Bihari Vajpayee. Congress sources said he is to leave for his NRI outreach engagements. Rahul had earlier in the day paid tribute to Rajiv at Veer Bhumi in Delhi.

Lauding Gopal Krishna Gandhi for his contribution to communal harmony, Sonia called him an “uncompromising champion of values enshrined in our Constitution”; values now under a “determined and systematic assault”. She added, “Rajiv Gandhi was an unwavering believer that India’s unity was actually derived from and strengthened by her incredible diversity. That is what Sadbhavna meant to him — not just acceptance of, not just respect for, but most fundamentally a celebration of our society’s many diversities.”