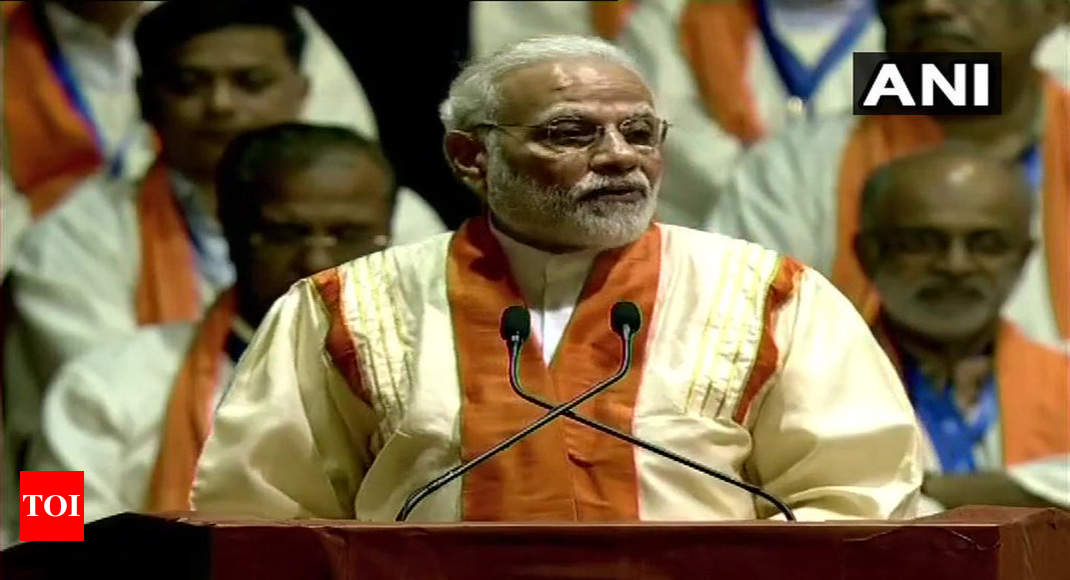 NEW DELHI: Stressing on the role of innovation in the development of a nation’s economy, Prime Minister Narendra Modi on Saturday said that effort must be made to make India the most attractive destination for innovation and enterprise.

“A long-term sustainable technology-led economic growth is possible on this foundation,” the PM said while addressing the 56th Annual Convocation of the Indian Institute of Technology (IIT) Bombay.

Innovation is the buzz-word of 21st century. Any society that does not innovate will stagnate. That India is a eme… https://t.co/7Okg62ecPI

The Prime Minister added that youngsters and institutes like IIT are the breeding grounds for innovation.

“My appeal to youngsters is — Innovate in India, Innovate for humanity, from mitigating climate change to ensuring better agricultural productivity, from cleaner energy to water conservation, from combating malnutrition to effective waste management,” he said.

PM Modi also elaborated the significance of start-ups and how IITs are playing a vital role in its development. “India is fast emerging as the prime destination for budding start-ups and IIT’s are one of the main reasons behind this success,” he said.

“Today, the world sees IITs as a nursery for ‘Unicorn Start-ups’, which further underlined the thirst for innovation possessed by the students of these institutes,” he added.

During his address, the Prime Minister announced a financial aid package of worth Rs 1,000 crore for the development of infrastructure in IIT Bombay and added that the success of IITs paved the way for the development of other engineering institutes across the world. “They were inspired by the IITs and this led to India becoming one of the world’s largest pools of technical manpower,” he said.

Calling the IITs “India’s Instrument of Transformation”, the Prime Minister said that these institutes should not be merely seen as centres imparting technical education.