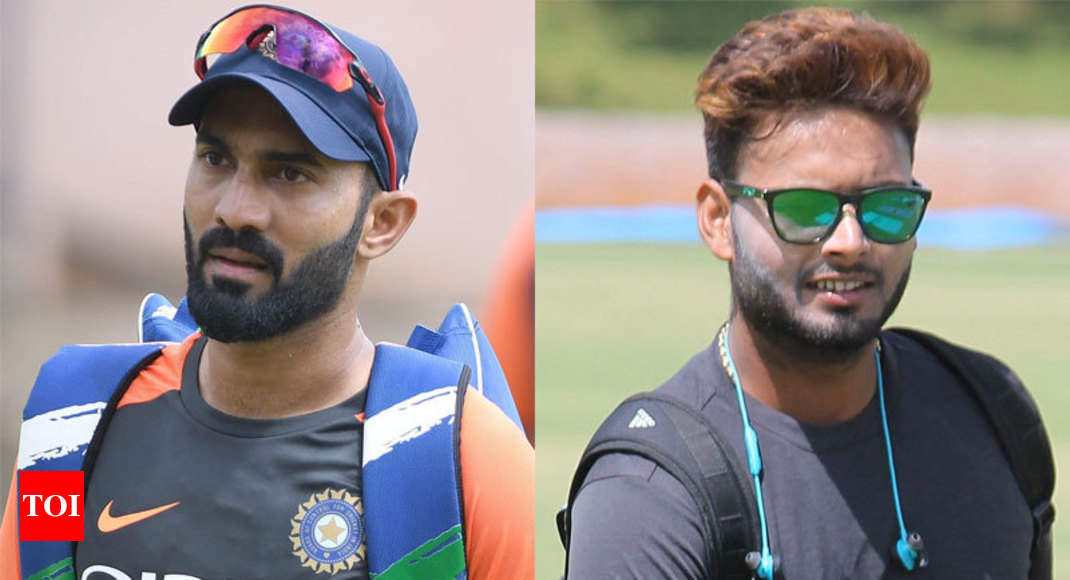 It’s very difficult to be in Dinesh Karthik’s shoes, or even read his mind. It’s easy to forget he is the lone surviving member – not counting Ishant Sharma, who didn’t get a game – of the Indian team which last won a Test series in England. All these years, though, there has been only one constant in Karthik’s career: he is forever proving his worth.

That time, with MS Dhoni fast building his stature behind the stumps, Karthik had managed to carve out a role of an opener in 2007. Now, he is back in England, 11 years and only eight Tests older. This time, in the absence of first-choice Test wicketkeeper Wriddhiman Saha – and with a young Rishabh Pant breathing down his neck – Karthik is trying to ascertain whether he will be the boss with the wicketkeeping gloves. For a while, Team India was engulfed by anxiety regarding the successor to MS Dhoni after he stumped everyone by deciding against prolonging his Test future after the Boxing Day Test in Australia in 2014. Parthiv Patel rushed back behind the stumps for Gujarat, forcing a 21-year-old Smit Patel to look for another state. Karthik, who has played most of his cricket for India as a batsman, too moved swiftly with the big gloves on.

In Tests, Wriddhiman Saha’s impeccable glovework came to the rescue, but the caretakers of Indian cricket soon plunged into a sense of desperation in their endeavour to seek a replacement for the legendary flamboyance of Dhoni across formats. Now, 20-year-old Rishabh Pant has passed the famed ‘process’ run by India ‘A’ and U-19 coach Rahul Dravid. Pant is the first of Dravid’s U-19 wards to have earned a Test call-up, that too after being initially being left out of the red-ball leg of the recent India ‘A’ tour of England.

The vision has widened. Dhoni, now retired from Tests, has found his powers diminishing. With Karthik, notwithstanding his nine-ball heroics in a T20I final against Bangladesh in March, Patel and Saha – out of the England Tests with injury – all in their mid-30s, it’s time for a back-up plan.

“It’s the right time to invest in Pant,” says India U-19 and India ‘A’ fielding coach Abhay Sharma, who has monitored Pant’s evolution for three years now. “People talk about his batting but his wicketkeeping has improved a lot. We needed to calm him down because players of his age get edgy and anxious. Now that Dravid has given him the green flag, he is someone who will be around for a long time.”

Pant is in line to man the stumps for India across formats, but there are also the likes of Ishan Kishan and Sanju Samson in the queue. Former India wicketkeeper Kiran More, who has been the man in charge of grooming wicketkeepers at the National Cricket Academy, reckons Pant’s induction to the Test squad has come at the right time.

“Karthik has got his due. He will probably get five Tests. But Saha is still your No.1 wicketkeeper. At the same time, carrying Pant will prepare him for the next time India travel to England or Australia. He is different in his own way, like Dhoni was,” More told TOI.

The resources are there, so it needs to be ensured that young wicketkeepers don’t fall into the trap that Karthik found himself in during the Dhoni era. “There is a trend of branding oneself as a white-ball wicketkeeper or just a batsman. That’s what I worked on with Pant. He had to keep believing he is a wicketkeeper-batsman across formats,” said More.