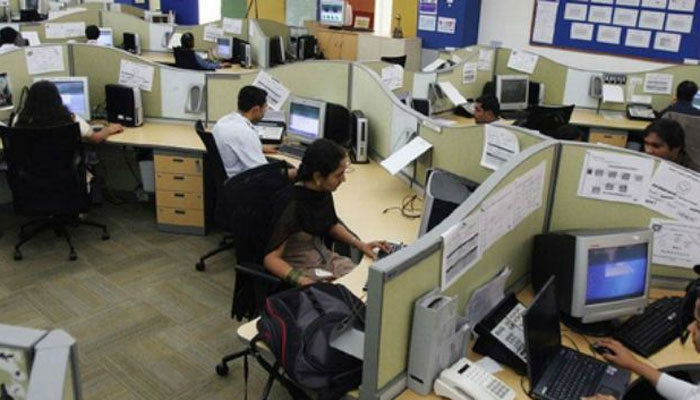 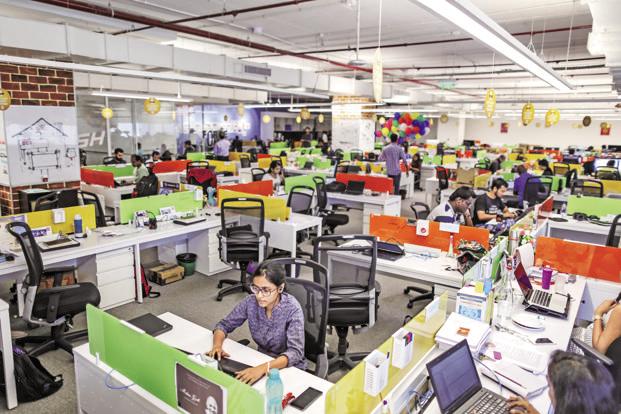 A strong improvement in demand also encouraged firms to hire at a faster pace than in May. Photo: Bloomberg

Bengaluru: Activity in India’s service industry rebounded in June from a mild contraction last month, a private survey showed, expanding at its quickest pace in a year on the back of a surge in new business orders. The Nikkei/IHS Markit Services Purchasing Managers’ Index (PMI) climbed to 52.6 last month, its highest since June 2017, from 49.6 in May. The 50-mark separates growth from contraction.

The recovery in services firms’ activity, along with a robust pace of manufacturing growth reported on Monday lifted the composite PMI to 53.3, its highest level since October 2016. That points to a solid finish for the first quarter of the fiscal year 2018-19, after Asia’s third-largest economy grew at its quickest pace in nearly two years in January-March.

“Encouragingly, the latest performance was the strongest seen in a year, against a backdrop of improving demand conditions, as evidenced by the fastest gain in new business since last June,” said Aashna Dodhia, an economist at IHS Markit.

A strong improvement in demand also encouraged firms to hire at a faster pace than in May.

A sub-index that tracks growth in output prices fell to its lowest level in more than a year, even as the rise in input costs slowed just marginally.

“Overall input costs rose at the strongest rate since July 2014, and amid a weak rupee and higher oil prices, inflation may remain elevated,” added Dodhia.

Retail inflation in May accelerated to a four-month high and has more or less cemented views that the Reserve Bank of India to tighten policy again this year, and perhaps as early as August. That has raised concerns over growth prospects. Optimism faded among purchasing managers, according to the survey, with sub-indexes measuring business expectations and future output dipping to eight-month lows in June.