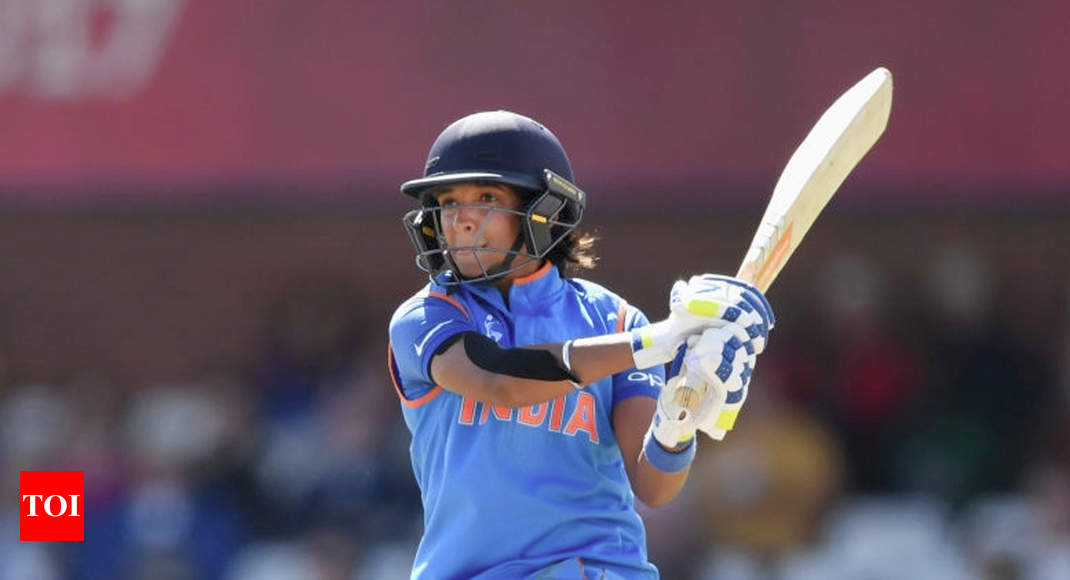 NEW DELHI: Harmanpreet Kaur has been signed up by Lancashire Thunder as their overseas player for the 2018 season of England’s Kia Super League, becoming the second Indian cricketer to play in the league after Smriti Mandhana.

Harmanpreet made history in 2016 when she became the first Indian cricketer – male or female – to sign a Big Bash League contract with Sydney Thunder, following an impressive showing during India’s tour of Australia, where she made a 31-ball 46 during their highest-ever T20 chase.

The 29 year-old, who has made 170 appearances for India in all three formats of the game, shot to fame in 2017 when she hit a match winning 171 not out against Australia in the semi-final of the ICC Women’s World Cup in Derby.

Harmanpreet said, “I am so pleased to sign for Lancashire Thunder ahead of the 2018 Kia Super League. I have followed the KSL for a while and I can’t wait to finally play in the competition, especially at a stadium like Emirates Old Trafford.

“I have fond memories of playing in England following last summer’s ICC Women’s World Cup, during which I scored my highest ever international score.”

“I’m really looking forward to working with new head coach Alex Blackwell and I can’t wait to join up with the squad in the next few weeks.”

Lancashire Thunder head coach Blackwell added, “I am thrilled to be able to welcome Harmanpreet to Emirates Old Trafford.

“She is somebody who I have played against on the international stage, and also played with in the Women’s Big Bash League. She is vastly experienced and she will be a great addition to our squad for what will be her first spell in the KSL.”