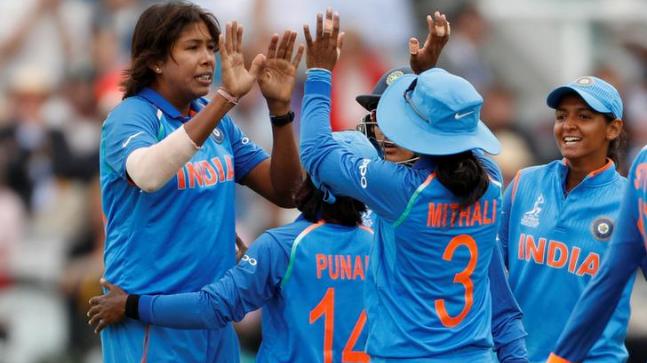 After demolishing South Africa in the first two ODIs and with the series in the bag, the Indian women’s cricket team will be eager to pile further misery on the hosts in the third and final fixture of the rubber, which is part of the ICC Women’s ODI Championship.

South Africa, who had beaten India in the World Cup last year, have not been able to compete with the sub-continental side in their own backyard.

The hosts’ batting has been a total failure, folding up for 125 and 124 while chasing in the first two ODIs.

India have troubled South Africa with both pace and spin, whether it was Jhulan Goswami in the series-opener or leggie Poonam Yadav in the second ODI.

The other bowlers too have chipped in with valuable contributions.

Medium pacer Goswami, who became the first female cricketer to take 200 wickets in ODIs on Wednesday, would like to end the series on a high.

Opener Smriti Mandhana has stood out in the batting department with scores of 84 and 135 at Kimberley.

She would love to make it three in a row at Senwes Park.

However, her opening partner Poonam Raut has had a quiet series so far and would like to make amends.

After failing in the first game, the dangerous Harmanpreet Kaur and Veda Krishnamurthy were back among the runs, scoring unbeaten half centuries to push India to 302 for three.

Contrary to the opposition’s fortunes, the home team’s batting has to fire tomorrow if it wants to have any chance of securing a consolation win.

Besides, a solid 73 from opener Lizelle Lee, none of the batswomen have been able to make an impact. They would be itching to set things right.

The bowlers too would want to put up a better show after leaking more than 300 runs in the previous game.

Four out of the six bowlers ended up conceding more than six runs per over.