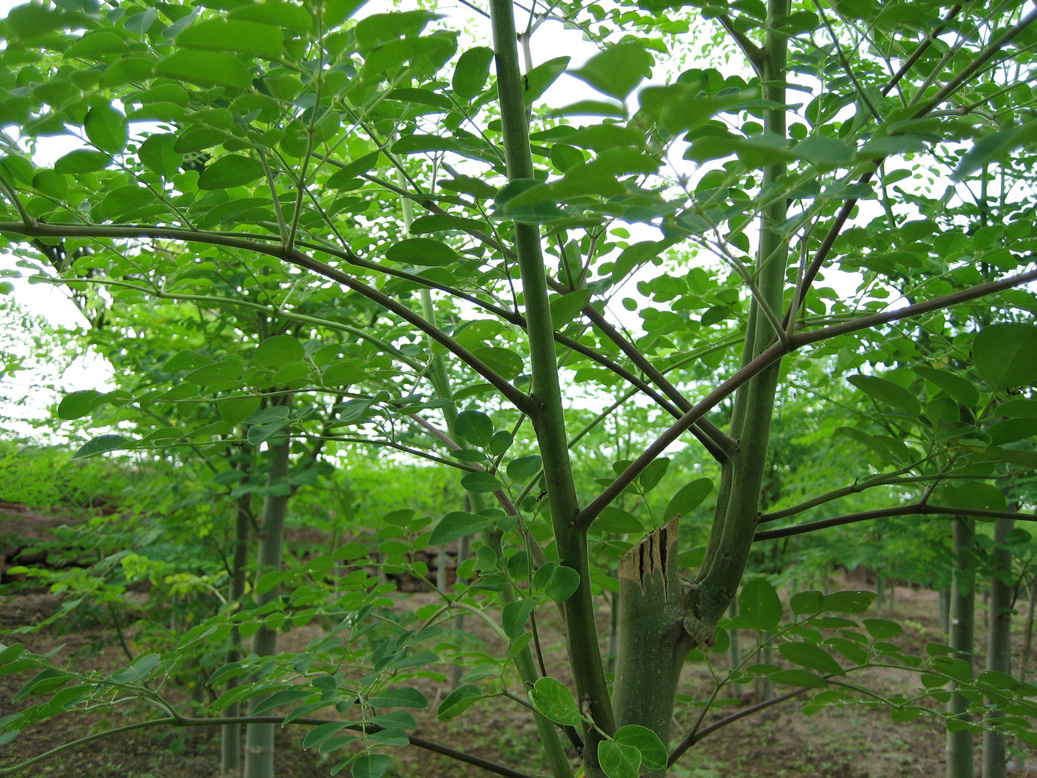 Researchers have claimed that a seed from an Indian tree could bring water to millions of people around the world.

According to the United Nations, 2.1 billion people lack access to safe drinking water.

The tree is primarily cultivated for food and natural oils, and the seeds are already in use for a type of rudimentary water purification.
However, this traditional means of purification leaves behind high amounts of dissolved organic carbon (DOC) from the seeds, allowing bacteria to regrow after just 24 hours.

Velegol extracted the seed proteins and adsorbed (adhering) them to the surface of silica particles, the principal component of sand, and that’s how f-sand was created.

F-sand both kills microorganisms and reduces turbidity, adhering to particulate and organic matter.

These undesirable contaminants and DOC can then be washed out, leaving the water clean for longer period of time and the f-sand ready for reuse.

Fractionating the eight different proteins from the seed of M. oleifera proteins had little effect on the proteins’ ability to adsorb to the silica particles, meaning this step was unnecessary to the f-sand creation process.

The finding that fractionation is unnecessary is particularly advantageous to the resource-scarce scenario since this is where f-sand’s true potential would be revealed.

Leaving this step out of the process helps cut costs, lower processing requirements, and simplify the overall process.

One of the major reasons M. oleifera is cultivated currently is for the fatty acids and oils found in the seeds, these are extracted and sold commercially.

Another finding revealed that much like fractionation, removing the fatty acids had little effect on the ability of the proteins to adsorb. This finding is beneficial for developing regions.

The presence or absence of fatty acids in the seeds has little effect on the creation or function of f-sand.

Another parameter of the f-sand manufacturing process was the concentration of seed proteins needed to create an effective product. The necessary concentration has a major impact on the amount of seeds required, which in turn has a direct effect on overall efficiency and cost effectiveness.

In this project, seed proteins were to coagulate contaminants in the water prior to f-sand filtration. This also relies on controlling the charge of the contaminants, which coagulate when they are neutralized. Applying too much protein can over-charge the contaminants and inhibit coagulation.

“There’s kind of a sweet spot in the middle,” said a researcher, Bob Tilton.

Tilton added that “it lies in the details of how the different proteins in these seed protein mixtures compete with each other for adsorption to the surface, which tended to broaden that sweet spot.”

This broad range of concentrations means that not only water treatment processes can be created at relatively low concentrations; thereby conserving materials, but that there is little risk of accidentally causing water contamination by overshooting the concentration.

In areas where exact measurements may be difficult to make, this is crucial.

Water hardness refers to the amount of dissolved minerals in the water. Although labs often use de-ionized water, in a process meant to be applied across a range of real world environments, researchers have to prepare for both soft and hard water conditions.

The researchers found that proteins were able to adsorb well to the silica particles, and to coagulate suspended contaminants, in both soft and hard water conditions. This means that the process could potentially be viable across a wide array of regions, regardless of water hardness.

Overall, the conclusions that the researchers were able to reach were in regard to the benefit of the developing countries, who are looking for a cheaper and easily accessible means of water purification.

The study appears in Langmuir Journal.