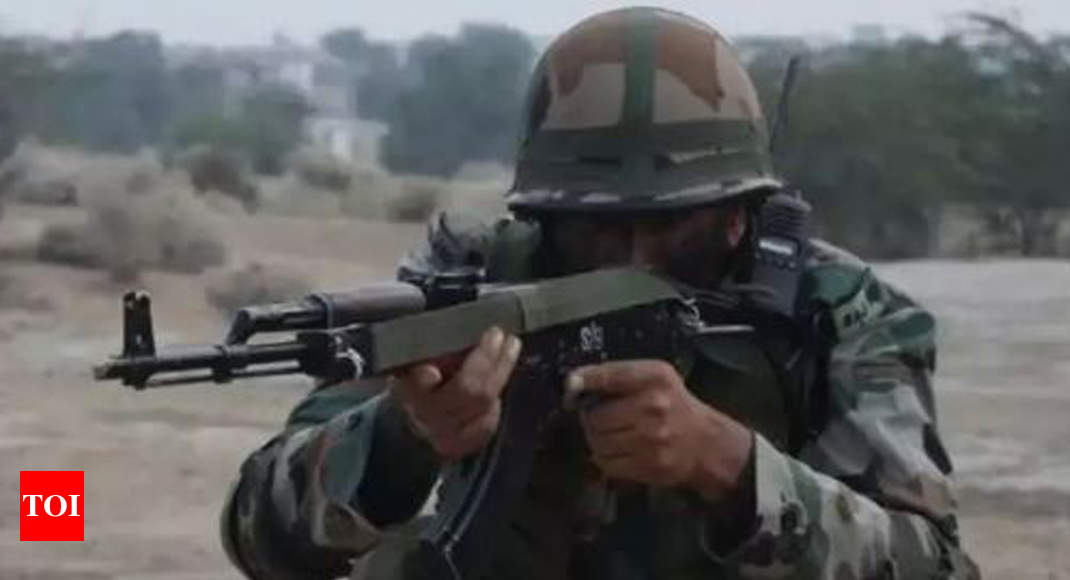 NEW DELHI: The government has dispatched a nine-member “empowered committee”, headed by an Army brigadier, to the US, Australia, South Korea, Israel and UAE to scout for new assault rifles and close-quarter battle carbines for the armed forces.

The defence ministry in March had finally set the ball rolling for the acquisition of 72,400 assault rifles, 93,895 CQB carbines, which were promised for infantry soldiers deployed on the borders with China and Pakistan under the fast-track procedure (FTP), by floating initial tenders or RFPs (requests for proposal) for them, as was first reported by TOI.

“The empowered committee, which left on Saturday, will trial evaluate the rifles and carbines of the OEMs (original equipment manufacturers) or vendors in the different countries. The FTP selection will be based on operational requirements, and not on the long-drawn normal procurement process of GSQRs (general staff qualitative requirements), field trials, staff evaluation etc,” said an official.

The weapons found suitable by the empowered committee will then be brought to India by the OEMs for “compatibility tests” with Indian ammunition. The bids of those found compatible in the trials will subsequently be opened by the MoD.

These procurement cases for rifles and carbines are worth Rs 1,798 crore and Rs 1,749 crore, respectively. The FTP acquisition of 16,479 light machines for Rs 1,819 crore was also approved by the MoD in February but there is some delay in the case.

Under the Defence Procurement Procedure’s strict timelines for the FTP, which caters for urgent operational requirements, the RFP has to be issued within 10 days of a case being cleared by the Defence Acquisitions Council (DAC) to ensure the actual contract after technical and commercial evaluation is inked within a year. The delivery of the weapons is supposed to thereafter take place in three to 12 months.

The Army is keeping its fingers crossed. The force had first asked for new assault rifles and CQB carbines for its 382 infantry battalions (each with 850 soldiers each) way back in 2005, while the case for the light machine guns was initiated in 2009.

But the long-drawn procurement projects were repeatedly scrapped due to graft allegations or unrealistic technical parameters as well as the lack of indigenous options for well over a decade.

Moreover, the FTP route is only for limited numbers of weapons due to critical operational necessity. For instance, the overall requirement is for 8.16 lakh new 7.62x51mm caliber assault rifles to replace the existing glitch-prone 5.56mm INSAS (Indian small arms system) rifles. Similarly, the numbers are 4.58 lakh for close-quarter battle carbines (5.56 x 45mm) and 43,544 for light machine guns (7.62x51mm). While the bulk of the weapons are meant for the infantry, some have been earmarked for the Navy and IAF also.

The defence ministry has said that the huge shortfalls will be met at a later stage with Indian companies (private ones as well as Ordnance Factory Board) tying up with foreign ones to manufacture them under the “Make in India” framework, which could take at least four to five years to actually take off.