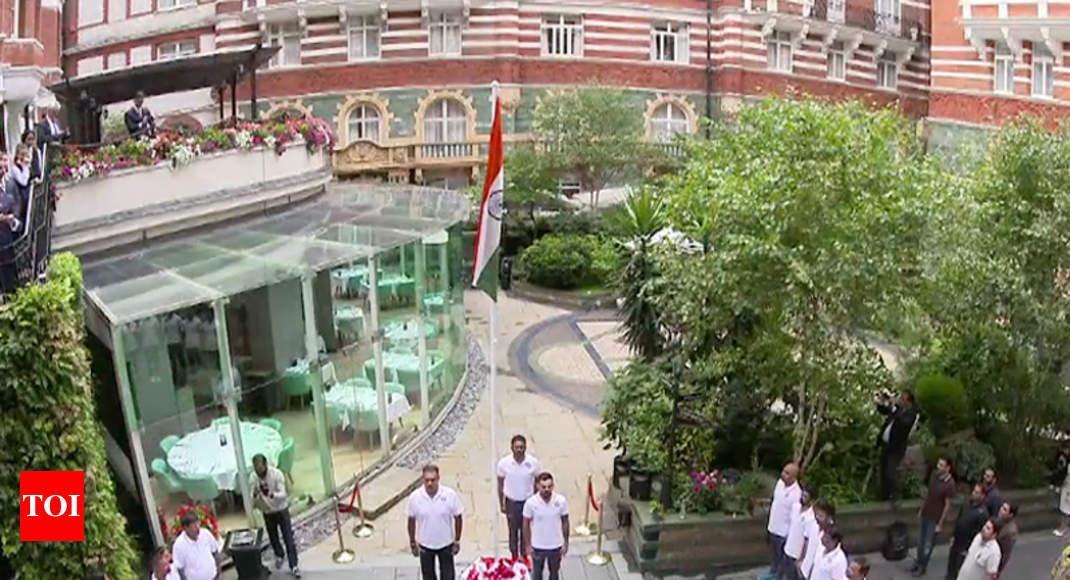 LONDON: Skipper Virat Kohli and coach Ravi Shastri led the way as the Indian cricket team hoisted the tricolour on the occasion of the country’s 72nd Independence Day in the British capital.

The players gathered outside their hotel to hoist the flag before leaving for Nottingham later in the day.

“On behalf of the Indian cricket team all the way from UK, here’s wishing everyone a happy Independence Day. Jai Hind,” Kohli said on the occasion.

MUST WATCH: On Independence Day, members of #TeamIndia came together to honour the tricolour in England. What a pro… https://t.co/HfhIo5ab4u

Ravindra Jadeja, Kuldeep Yadav and Jasprit Bumrah all shared pictures of themselves celebrating the Independence Day in the city.

“It’s a great feeling to be an Indian. May the tricolour always fly high. Happy Independence Day Jai hind,” wrote Kuldeep on Twitter.

Bumrah said, “Freedom is nothing but a chance to be better. Wishing you all a very #HappyIndependenceDay.”

“Freedom is nothing but a chance to be better”. 🇮🇳 Wishing you all a very #HappyIndependenceDay https://t.co/VXAyUSuVCb

The BCCI also uploaded a video of the team’s celebrations. The team is preparing to play the third Test at Trent Bridge, which starts from August 18.

India are currently 2-0 down in the five-match series after losing the first Test at Edgbaston by 31 runs and the second by an innings and 159 runs at Lord’s.