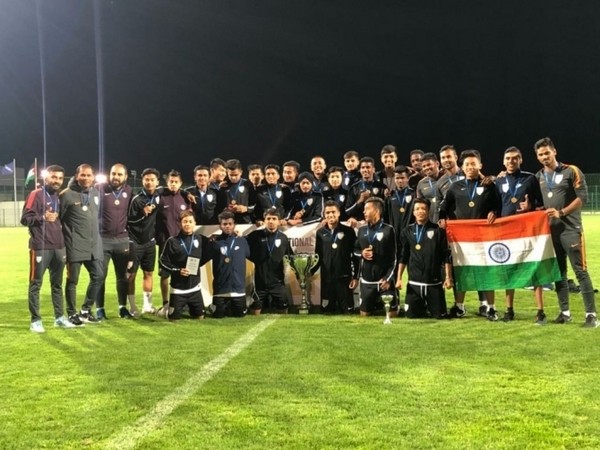 The other two teams that will be participating in the tournament will be DPR Korea and Thailand.

India recently finished as champions in the four-nation tournament ahead of hosts Serbia, Jordan, and Tajikistan, but head coach Bibiano Fernandes believes the team are still in the process of being the best versions of themselves.

“We are in the process of being the best versions of ourselves keeping in mind the goal and working hard every single day. The boys have proven their mettle in Serbia and hopefully they will keep the same focus until the championship,” Fernandes said about the Indian colts, who will also be participating in the AFC U-16 Championship slated to be held in Malaysia later this year.

Reflecting on the exposure these tournaments provide to the team, Fernandes said that these events help the team to gain more confidence and self-belief.

“These trips expose and introduce our boys to different styles of football from around the world. Usually our footballers do not get an opportunity to rub shoulders with teams from say, Europe and these trips give the boys the chance to do exactly that.”

Fernandes further said the upcoming tournament would be a big test for them as they would be playing against many difficult teams.

“It pushes us to perform to our best levels and in the process, it will help us to improve on all aspects. We know it is going to be a tough challenge in China, but we are ready for it.”

He also said that they are constantly working on improving the physical aspects as foreign trips are usually physically challenging.

He also thanked the All India Football Federation (AIFF) and Sports Authority of India for their support.