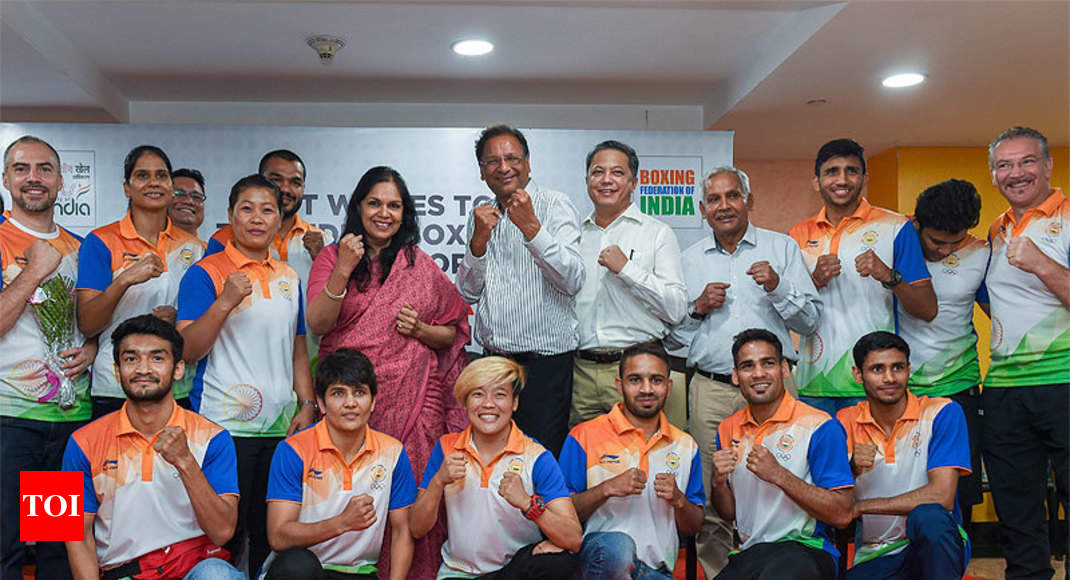 NEW DELHI: Sarjubala Devi stands out among the 10 boxers headed for 18th Asian Games in Jakarta. Not because of her stature or her build, but actually her golden-dyed hair that catches the eye immediately. The 25-year-old will be competing in her first Asian Games, in the 51kg women’s category which gave India its only boxing gold at the 2014 Incheon Games, won by the incomparable MC Mary Kom. This time around, the ‘goldenmaned’ Sarjubala wants the yellow metal around her neck to match her hairdo.

“I dyed my hair after the Commonwealth Games. I was determined to change my looks as well as my training style heading into the Asian Games -hair colour to match the colour of the medal. I got it done on the suggestion of one of my friends to give me additional motivation,” the bubbly Sarjubala told TOI with a big smile during the sending-off ceremony for the boxing contingent in the Capital on Tuesday. Asked to elaborate on the changes in her training, Sarjubala said, “I have always punched strongly but lacked in my footwork. I have worked on my footwork as well as speed and reaction time,” the Manipur-born pugilist said.

The Asian Games will be a much different challenge for India boxers, who came back with nine medals from the Gold Coast Commonwealth Games earlier this year.

“We had a good preparation in Sheffield and good training and sparring sessions in Patiala after coming back. We are going in a good frame of mind. Although the competition will be tough in Asian Games, Indian boxers have been doing very well in the international arena, especially this year,” Boxing Federation of India’s (BFI) high performance director Santiago Nieva said.

“The situation was completely different in 2014. We didn’t even have a federation back then. But this time around, we have an efficient federation. We have got a lot of exposure all over the world in the last couple of years. We are definitely hoping for a much better result in the tournament this time,” 2010 Asian Games gold medallist Vikas Krishan told TOI on the sidelines of the event.

Vikas, who has two Asian medals to his name, believes ‘lady luck’ always favours him in the tournament. Apart from Vikas, the team features three more World championship medallists – Shiva Thapa (60kg) among men and Sarjubala and Sonia Lather (57kg) among women.

“I don’t put pressure on myself by thinking about medals or what Mary didi did in the last Asian Games. I come from a very modest background. My mother sewed clothes to fund my trips to the Nationals. But I have always had the support of my family and neighbours in Manipur to keep me going,” Sarjubala added.