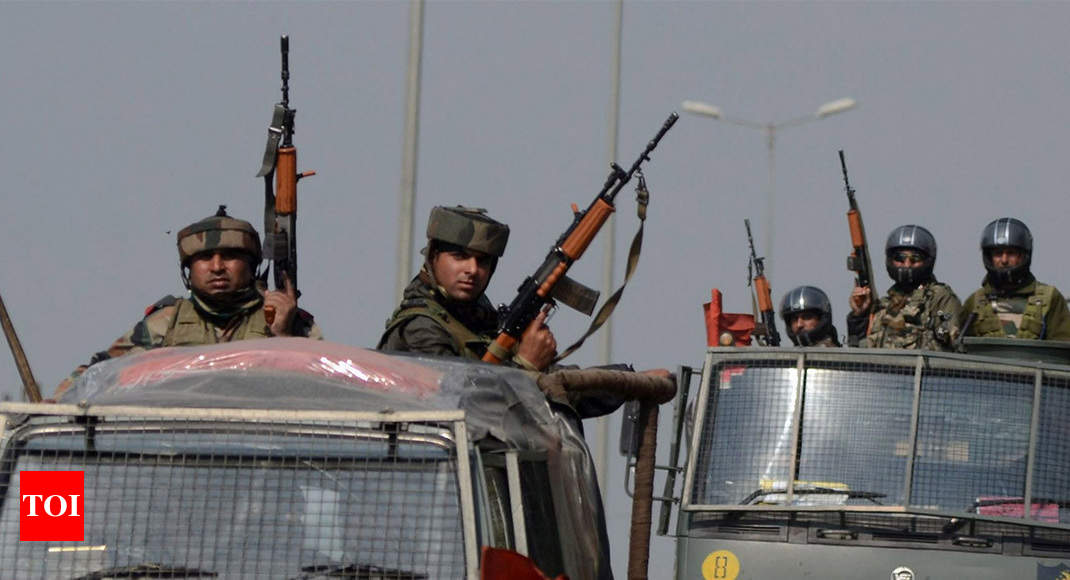 LINE OF CONTROL (DRAS): From adequate road infrastructure for movement of troops and supplies to new types of tunnel defences and a high technology surveillance apparatus, India has moved on from the Kargil war 19 years ago, even though intelligence inputs suggest that not much has changed on the Pakistani side of the Line of Control (LoC).
While basic facilities like regular water supply and electricity remain a problem, troops have access to more comfortable lodging and an adequate stocking of ration and medical equipment during winters so that even posts located at altitudes ranging from 12,000 feet to over 18,000 feet are not vacated in the winter season, which lasts for about six to seven months.

On the Pakistani side, sources said the infrastructure is much inferior with vulnerable radio communication lines and accommodation that is still made of stones, unlike the Indian army which mainly uses Fibre Reinforced Plastic (FRP) huts to ensure that its soldiers remain warm.

Officers deployed in this region explain that such difficulties, and the fact that posts are not vacated for 10 months at a stretch indicate that the Pakistan forces face low morale on their side of the LoC in the region.

Lt Gen Amarnath Aul (retd), the then local Brigade commander in Dras and who had overseen operations for capturing Tololing and Tiger Hill, told ET that during that time the biggest problem he had faced was that he didn’t have enough intelligence on the enemy’s location and strength. “This was the biggest information I lacked before I could launch any operations. When we have arrived in Dras, most of the villagers had run away due to the enemy shelling. We had asked them about the enemy’s strength, but the information they gave was very bleak.” Senior officers say that this has now been addressed with adequate usage of surveillance devices such as Hand Held Thermal Imagers, Unmanned Aerial Vehicles and even gets satellite imagery much more quickly than it did in the past.

On road infrastructure, there has been slow improvement since 1999, with the 430 km long Srinagar-Leh highway called NH1 – believed to be the primary target of the Pakistani attack that sought to cut off Leh and Siachen from the rest of India – being converted into a double lane road last year.

The highway connects Srinagar to Sonamarg, Zojila pass, Drass, Kargil and Leh and features such as Tiger Hill and Tololing overlooking the highway were illegally occupied by the Pakistani armed forces personnel during the Kargil war, leading to constant surveillance of Indian troops movement and shelling of the road.

Work is also on to construct two tunnels- a tunnel in Sonamarg and the Zojila tunnel. The tunnel at Zojila- a pass located at about 14,000 feet and where Indian Army had used tanks against Pakistani soldiers in 1947-48- is of strategic importance for all weather connectivity and is likely to be constructed in the next five years.

In 1999, road infrastructure was bad, consisting of only rough tracks. Veterans who have served in the war also admitted that during the war sending supplies to troops were a major problem due to lack of good roads. These have now been replaced with paved roads for easy mobility.

The military has also spearheaded plans to have other routes leading to Leh and Kargil, given that the NH1 is vulnerable to enemy fire. Work is on to create a Darcha-Padam-Nimu road, which will connect Manali to Leh, for which a tunnel at Shinkhunla pass is being created.

Sources explain that the number of units and formations have increased as compared to the strength in 1999. They also said that in some sectors instructions have been passed to ensure that troops don’t vacate the posts during winters. “We are not taking any chances. Most of the strategic peaks and passes on our side of the Line of Control are constantly occupied by us,” explained an officer.

In the past, several posts which would be cut off due to snow during winters were vacated as sustaining troops here became very difficult. Now, the army is attempting to regularly clear the snow from the logistical lines to the posts to ensure longer sustenance of troops.

The Northern Army Commander also confirmed that routes to posts are being opened. “As far as infrastructure is concerned since the past couple of years a lot of work has been done. Today, we are trying to make roads till most of our forward posts. We are also trying to create a helipad on every post, so that in case of emergency we can bring down our troops by helicopters,” he said.

But, this is an uphill task, explained sources. “Winters in this region witnesses about a couple of feet of snowfall everyday. Although machines to remove the snow are there, but it is not available everywhere, so jawans have to stomp on the snow regularly to create passages,” explained sources.