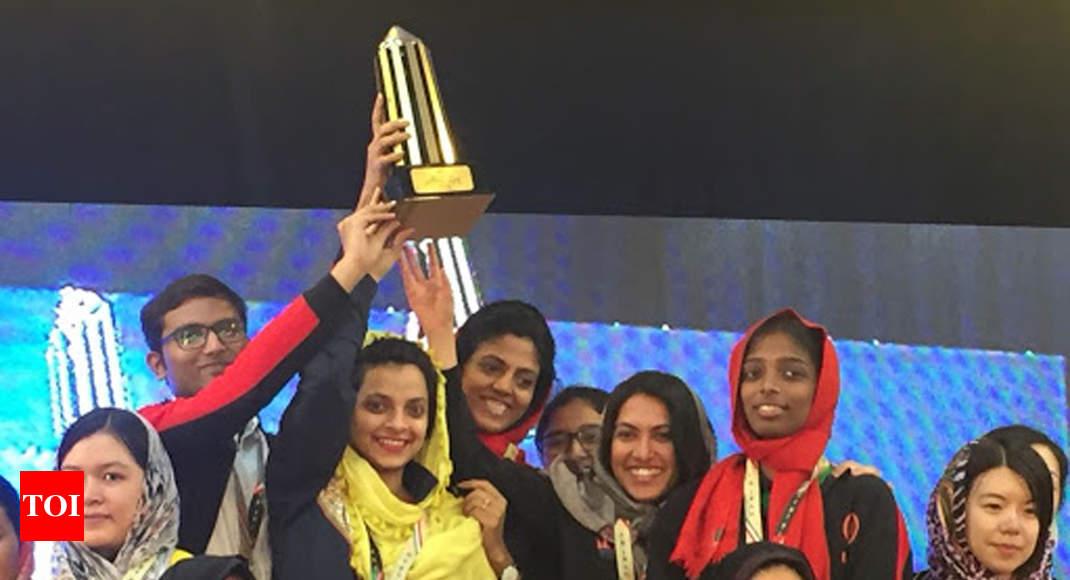 NEW DELHI: A spirited show by the Indian women chess team at the Asian Nations Cup 2018 held in Iran saw them clinching gold in the Blitz event, besides winning silver and bronze in the Rapid and Classical categories, respectively.

The tournament, which began on July 28 in the Iranian city of Hamadan, concluded on Friday.

While India finished with 21.5 points, Vietnam settled for silver with 18.5 and China bagged bronze with 17.5. It’s India’s first gold-medal finish at the event since 2014.

I feel towards the end we were getting in the tournament… it confirms that we got gold on the last day. Not so ba… https://t.co/uiUm1Rx02D

In Rapid Women section, India had to stay content with a silver having garnered a tally of 17 points. China proved the runaway winners with 23.5 points, while the home team of Iran Green settled for a bronze medal. The hosts finished with the same number of points (17) as India but slipped to third spot on the basis of number of wins across eight rounds.

In the Classical category, India ended up with bronze after Vietnam pipped them to second place having scored more wins in the round-robin stage. Both had 17.5 points. China topped the podium for gold with 20.5 points.

“I feel towards the end we were getting in the tournament… it confirms that we got gold on the last day. Not so bad I would say considering how tired we were initially,” Padmini wrote on Twitter.