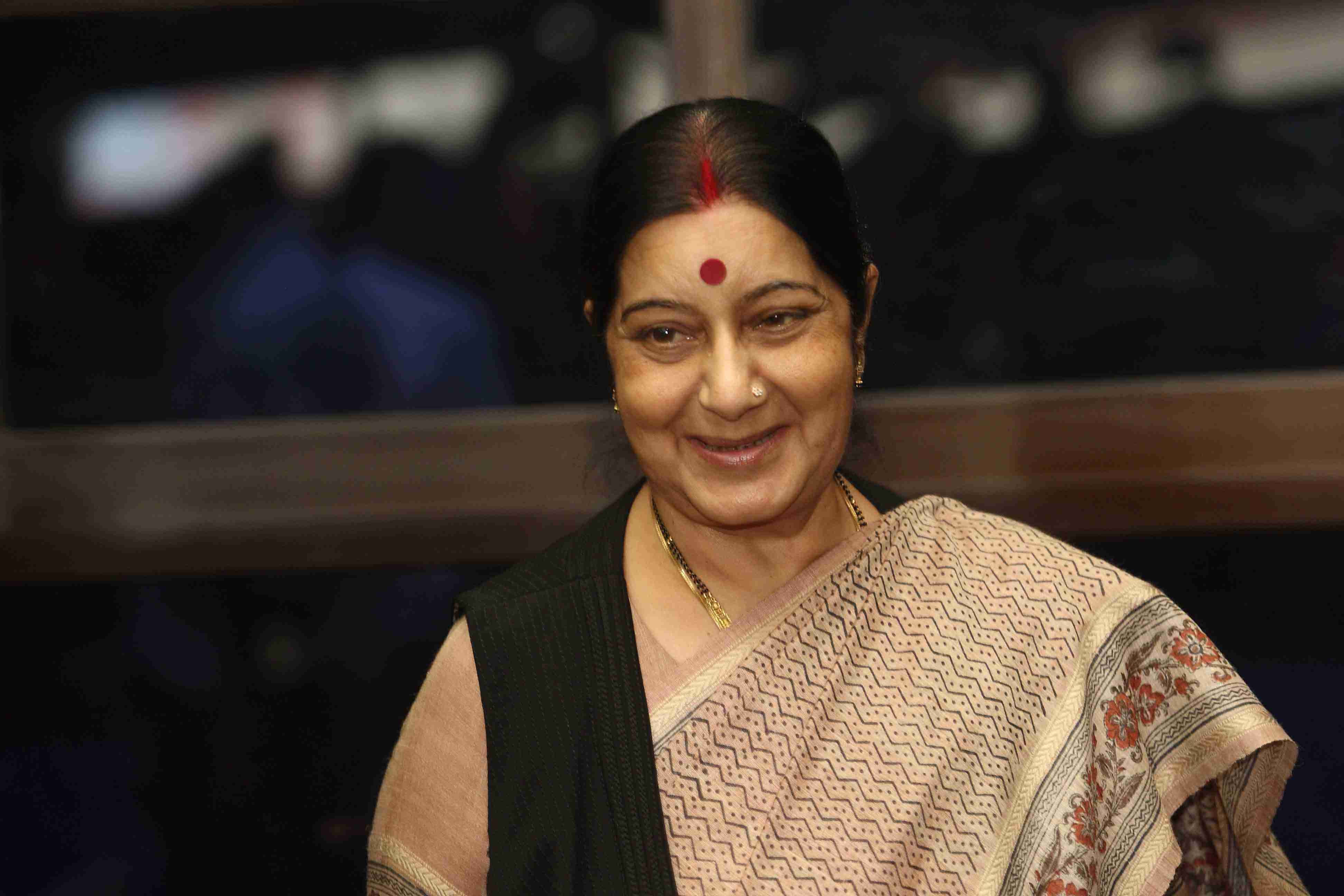 India was “looking forward” to work with the newly elected government of Nepal, the Ministry of External Affairs said here on Friday. The message of cooperation was delivered by External Affairs Minister Sushma Swaraj during her visit to Kathmandu on Febraury 1-2. .

“External Affairs Minister conveyed to all political leaders of Nepal that India is looking forward to working with the democratically elected government to take forward bilateral ties to newer heights for mutual benefit, and to support the Government of Nepal as per its priorities, in its endeavours for rapid economic growth and development,” the Ministry of External Affairs said in a statement.

Ms Swaraj reached Kathmandu on Thursday beginning an engagement with the CPN-UML leader and Prime Minister-elect K. P. Sharma Oli who was expected to take oath soon. The Hindu had earlier reported that the visit coincided with the announcement Rs 650 crore for Nepal in the Union Budget .

The visit was significant as Mr Oli had a difficult tenure during 2015-16 when he had served as the prime minister and dealt with the blockade which had crippled Nepali economy. He along with his alliance partners were also noted for carryig out an anti-India campaign during the 2017 election. However, making a fresh beginning, Prime Minister Narendra Modi had phoned Mr Oli after his election victory and congratulated him.

Ms. Swajaj, also met Nepali President Bidhya Devi Bhandari, and the outgoing Prime Minister Sher Bahadur Deuba. She also met Pushpa Kamal Dahal ‘Prachanda’, Chairman of (CPN-Maoist Centre) who was part of the coalition that won the election, conducted after the adoption of the new constitution in 2015.

The constitution was criticised by the Madhesi parties who had imposed the blockade. However, before the three-tier election of last year, the Madhesi parties had formed a united platform Rashtriya Janata Party-Nepal (RJP-N). Continuing India’s engagement with the Madhesi leaders Ms Swaraj met with Mahanta Thakur, Coordinator of the Presidium of RJP-N. She also met former foreign minister and Madhesi leader Upendra Yadav.