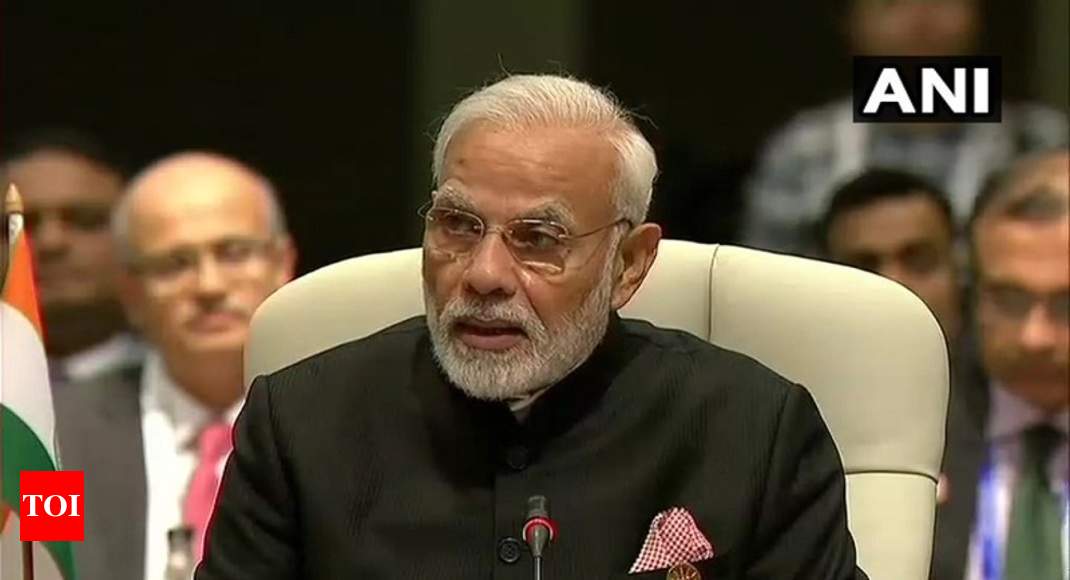 JOHANNESBURG: Prime Minister Narendra Modi said on India wants to work with BRICS nations on the Fourth Industrial Revolution and called for sharing the best practices and policies in the area.

“India wants to work collectively along with BRICS nations in the area of Fourth Industrial Revolution and all nations must share the best practices and policies on this,” the prime minister said.

“Compliance with laws, the example of better delivery by direct payment technology to beneficiaries of social security and government schemes,” he said.

He said the Fourth Industrial Revolution will have more importance than the capital.

“High-skill but temporary work will be the new face of employment. There will be radical changes in industrial production, design, and manufacturing,” Modi said.

He also underline the need for schools and universities to create the curriculum so that they can prepare the youth for the future.

BRICS is a grouping of five major emerging economies: Brazil, Russia, India, China and South Africa. Originally the first four were grouped as “BRIC”, before the induction of South Africa in 2010.