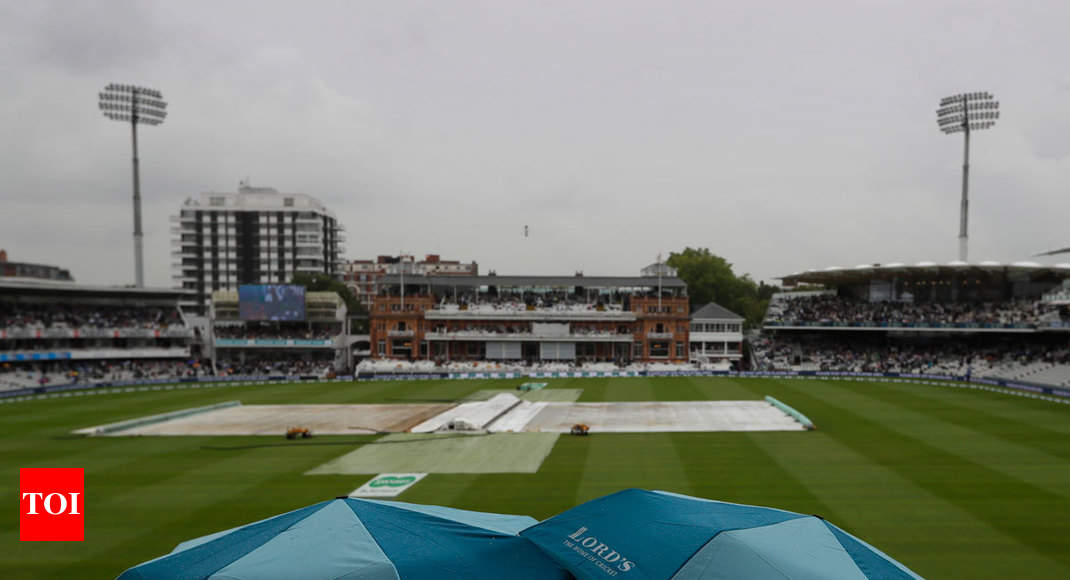 LONDON: Incessant rain washed out the morning session on day one of the second Test between India and England at Lord’s here on Thursday.

The players did not even step out for warm-up due to the rain, lashing the city of London since Wednesday night.

Low-hanging clouds and lack of wind meant that the weather conditions are not likely to change anytime soon. The match officials decided to take an early lunch, moving the scheduled break ahead by 30 minutes.

Weather forecast does predict a change in situation around tea time, so there could be an extended last session. Drainage facilities at Lord’s are excellent and play can begin as soon as the conditions improve.

There is more rain forecast for this weekend and also on Monday, so this match could see routine rain breaks.

England did name a first 12 on Wednesday, with 20-year-old Olliver Pope waiting to make his Test debut. India have not named any shortlist of players, but skipper Virat Kohli had said that he was tempted to play a second spinner.

That thought might well have changed now, given the weather conditions and forecast ahead.

England are leading the five-match series 1-0 after winning the first Test in Birmingham by 31 runs.