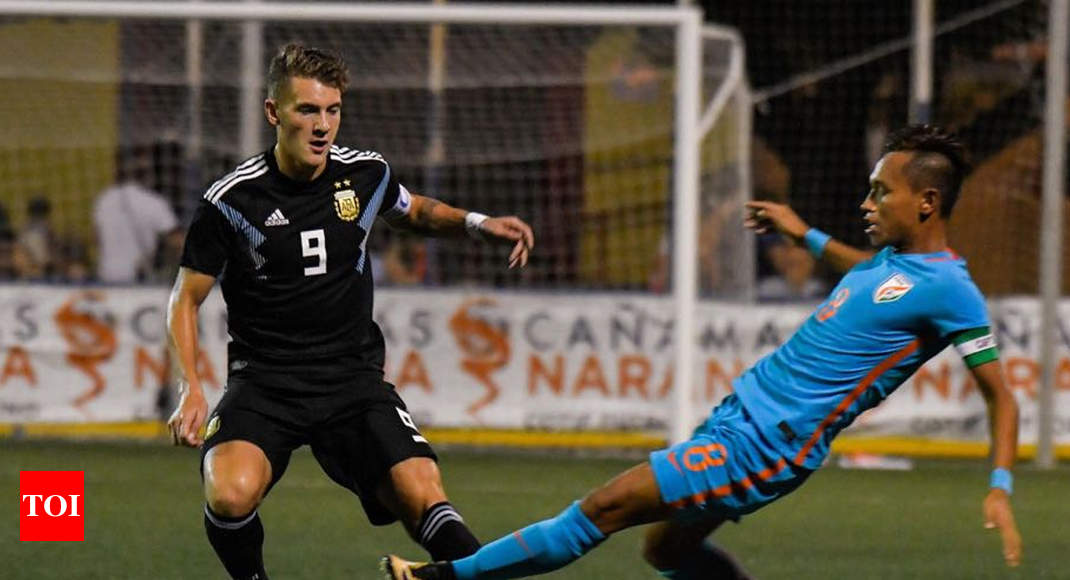 MUMBAI: After India U-20 team’s surreal 2-1 victory over Argentina U-20 on Monday, All India Football Federation (AIFF) announced that the team will be playing a four-nation tournament in Croatia. TOI can further reveal that the other teams besides India and hosts Croatia will be France and Slovenia.

The tournament, which will take place from September 4-9, will be India’s toughest test yet. The senior France and Croatia team played in the final of the Fifa World Cup, while the senior Slovenia team is ranked 56th in the world. France had the youngest squad at the World Cup, and though the teenage stars of Russia 2018 like 19-year-old Kylian Mbappe will not play the tournament in Croatia, there’s no dearth of talent coming through the ranks. For India to be tested by such opponents will be an experience like no other.

India notched up one of its most memorable football triumphs, stunning traditional giants Argentina despite being reduced to 10 men in a pulsating contest at the COTIF Cup in Valencia. Social media was flooded with praises for the boys, especially new Mumbai City FC recruit Anwar Ali’s sensational free-kick from outside the box which won India the game.

“The plan for this season is to constantly test ourselves with the top most footballing nations. The calendar has been very thoughtfully planned and it’s important to see where we stand. We are and will continue to learn from such high-level matches. It’s great to have such backing from all the stakeholders, especially the ministry of youth affairs and Sports Authority of India (SAI) who are supporting these age-group teams like never before,” he said.