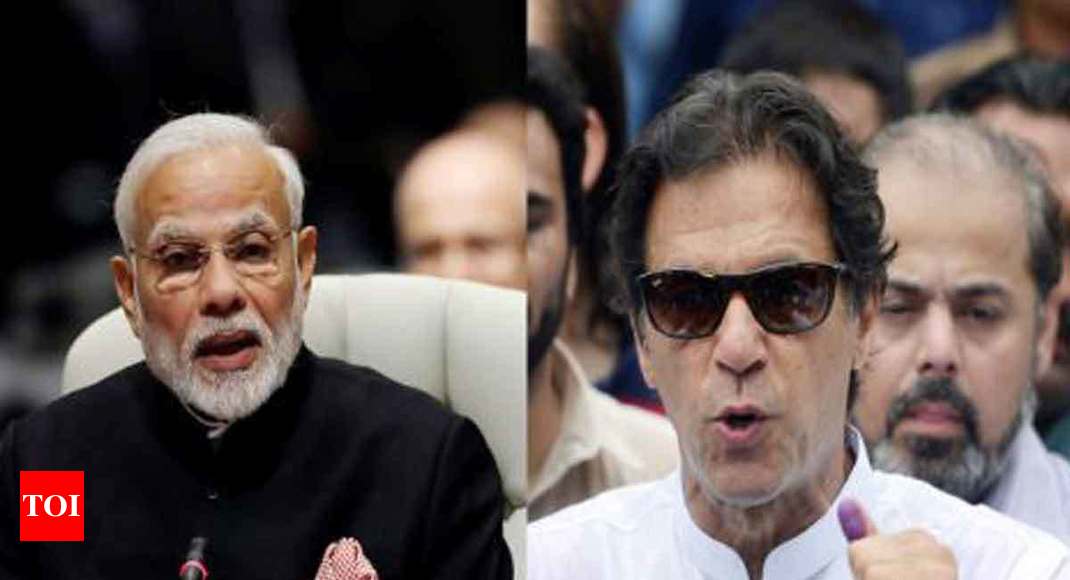 In a letter to Khan on August 18, the day he was sworn in as Pakistan’s 22nd prime minister, Modi also expressed India’s resolve to build good neighbourly relations between the two countries, sources said.

Soon after the news of Modi’s congratulatory letter to Khan + emerged, Pakistan Foreign Minister Shah Mahmood Qureshi reportedly indicated in Islamabad that the Indian PM has called for talks between the two countries in the communication.

However, hours later the Pakistan Foreign Office clarified that Modi had “not made an offer of a dialogue” + in the letter to Khan. It said Pakistan looks forward to a mutually beneficial, uninterrupted dialogue with India to resolve all issues.

Government sources said India’s position on engagement with Pakistan that talks and terror cannot go hand-in-hand has not changed at all.

“In the letter, the PM expressed India’s commitment to build good neighbourly relations between India and Pakistan and pursue meaningful and constructive engagement for the benefit of the people of the region,” a source said.

Ties between India and Pakistan nosedived following a spate of terror attacks on Indian military bases by Pakistan-based terror groups since January 2016. Following the strikes, India announced it will not engage in talks with Pakistan, saying terror and talks cannot go hand-in-hand.

In Islamabad, Qureshi offered “uninterrupted” dialogue with India to resolve all outstanding issues, saying it is the “only wise course” as the two countries cannot afford any “adventurism”.

On July 30, Modi had telephoned Khan to congratulate him on his party’s victory in the general elections and expressed hope that both countries will work to open a new chapter in bilateral ties.

Days before Modi’s phone call, Khan said he wanted to improve ties with India and resolve all the issues through talks. “If India takes one step towards us, we will take two,” he had said.

In the letter, Modi recalled his telephonic conversation with Khan, in which they spoke of their shared vision to bring peace, security and prosperity in the Indian subcontinent to make it free of terror and violence, sources said.

The Prime Minister also expressed the belief that the smooth transition of government in Pakistan will strengthen and cement people’s belief in democracy.

Asked whether Modi’s letter revived hopes for resumption of talks between the two neighbours, former diplomat Vivek Katju said he has reiterated India’s position and it is for Pakistan to create an environment for engagement by coming down hard on terror groups.

Modi had made an unannounced visit to Lahore in December 2015 – the first visit to Pakistan by an Indian premier in more than 10 years. He made the surprise visit on his way back from a trip to Russia and Afghanistan.

The visit had raised hopes of a thaw in ties but a series of cross-border terror attacks in the next few months on Indian establishment as well as India’s retaliatory ‘surgical strikes’ put the bilateral ties under strain.

In the last one year, Pakistani forces have been resorting to frequent ceasefire violations along the Line of Control in Jammu and Kashmir and the Indian Army has retaliated “forcefully”.