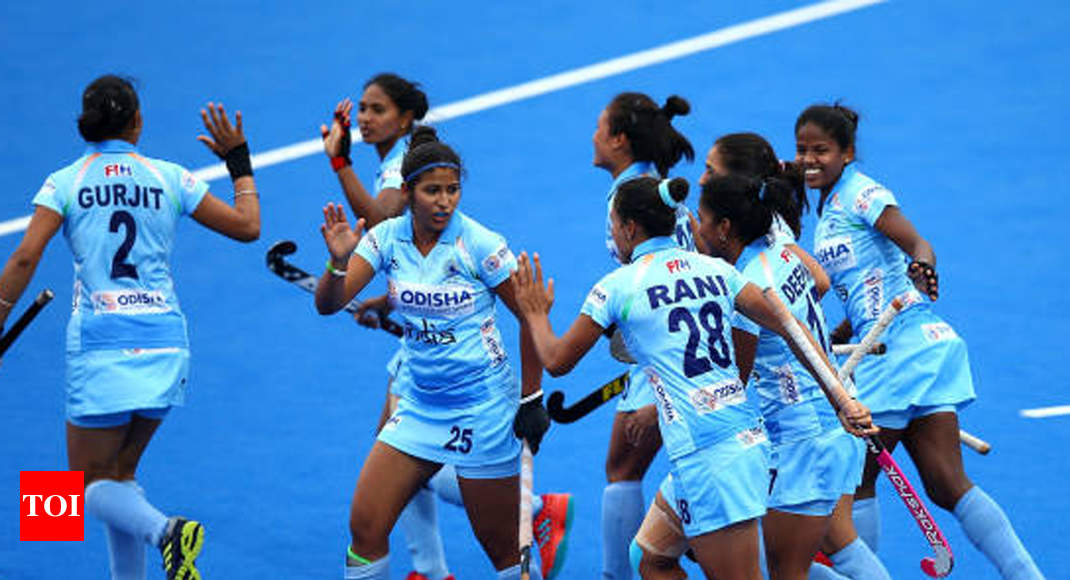 NEW DELHI: Following their quarter-final finish at the Women’s Hockey World Cup, India have jumped a place to be ninth in the world rankings announced by International Hockey Federation  on Tuesday.

Sjoerd Marijne-coached India have 1138 points as they made it to the last eight round at the World Cup in London last week.

World Cup runners-up Ireland made the biggest of gains as they moved from 16th up to eighth position. Their previous highest ranking was 14th.

World Cup winners the Netherlands remained the world’s number one team as they clinched their record-extending eight title with a 6-0 triumph over the Irish girls. The Netherlands have been the top-ranked side since October 2011.

Spain took the bronze medal in London to achieve their highest ever finish in World Cup history. Their 3-1 victory against Australia has seen them move up to seventh in the rankings.

Behind India are the likes of South Korea (10), China (11) and the USA (12) – all of them lost grounds after their poor performances at the World Cup.