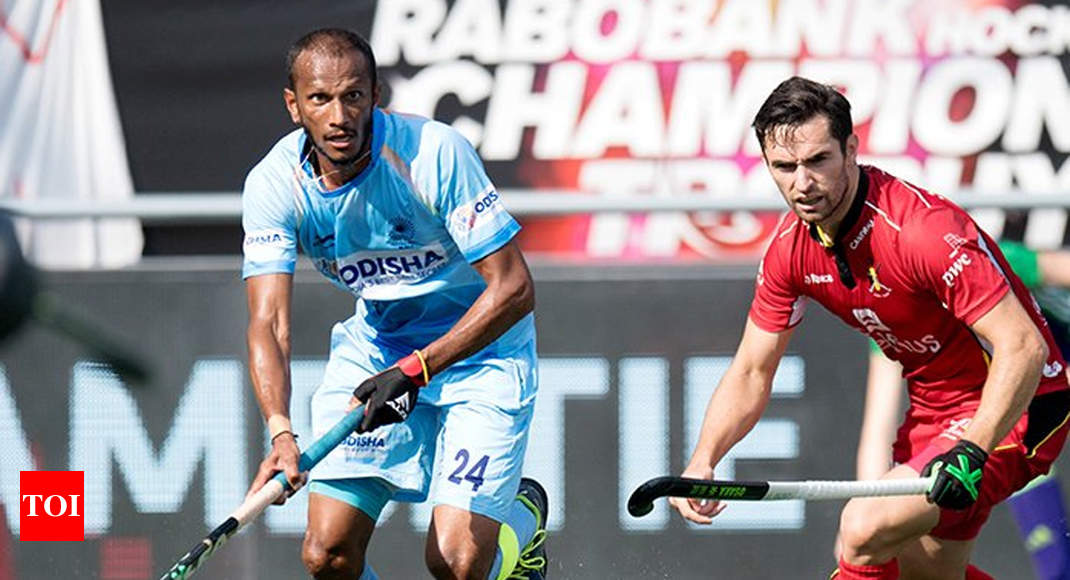 BREDA (Netherlands): Wilting under relentless pressure in the final quarter, India conceded a late goal to settle for a 1-1 draw with Belgium in the Champions Trophy hockey tournament, on Thursday.

India scored an early goal through a penalty corner conversion by Harmanpreet Singh (10th minute) and managed to hold to the lead till the 59th minute before Loick Luypaert dashed their hopes by converting their first of the 11 penalty corners.

With seven points from four games, India are still in with a chance of progressing to Sunday’s final. They take on hosts Netherlands in their last round robin match on Saturday.

Top two teams from the round robin stage will progress to the summit clash.

The Indians had earlier defeated arch-rivals Pakistan 4-0 and stunned Olympic champions Argentina 2-1 before slumping to a 2-3 defeat at the hands of defending and world champions Australia.

Just like Belgium, the Indians too were awful with penalty corner conversions as they made use of just one of the six that came their way.

India goalkeeper PR Sreejesh was outstanding under the post and made numerous brilliant saves to keep Belgium at bay, including a third-minute attempt of Luypaert from their first penalty corner.

India slowly and steadily got off the blocks and Mandeep Singh came close to breaking the deadlock but his shot hit the post in the eighth minute.

India earned two back-to-back penalty corners in the 10th minute, the second of which was converted by Harmanpreet.

In the 25th minute SV Sunil messed up a great chance after receiving an inch-perfect through pass from Sardar Singh.

Towards the end of second quarter India secured two more penalty corners but failed to execute them.

After the change of ends, Sreejesh made a brilliant diving save to deny Tom Boon from a set piece.

In the 43rd minute, Mandeep Singh scored for India but the goal was disallowed for obstruction inside the ‘D’.

The Belgians came out with all guns blazing in the final quarter and exerted tremendous pressure on the Indian citadel but Sreejesh stood like a rock to deny them.

But Sreejesh was finally beaten by Luypaert in the 59th minute from a penalty corner much to the delight of Belgium.

The Red Lions had a golden chance to seal a win when they secured their 11th penalty corner just 32 seconds from the hooter but failed to execute the opportunity.