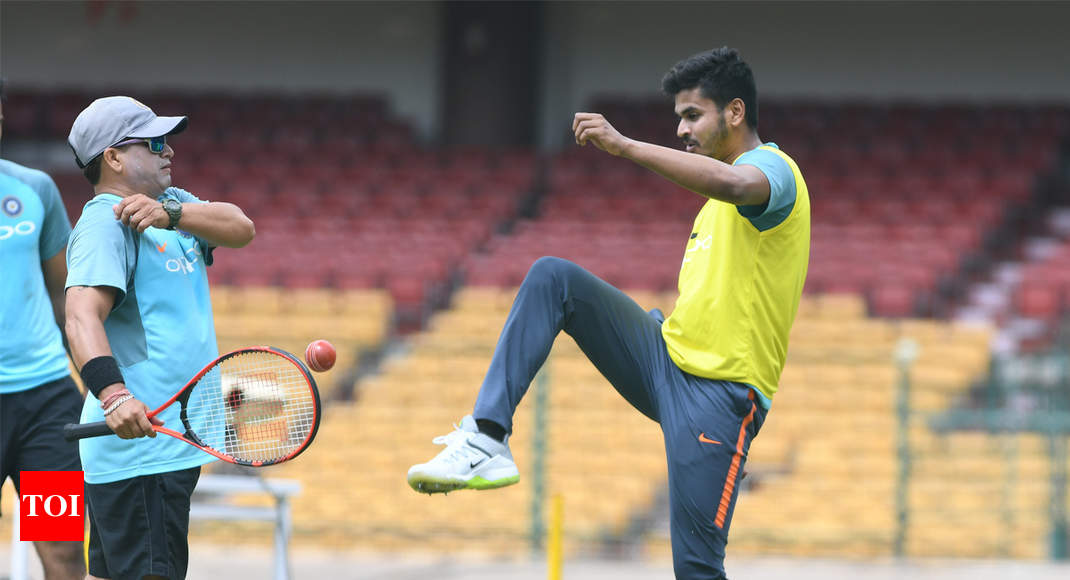 BENGALURU: India ‘A’ have not enjoyed as much spotlight as they are basking in for the past three years. That’s mostly courtesy Rahul Dravid, who took over as chief coach in June 2015. Dravid’s appointment has seen a clutch of youngsters benefit from his expertise on the field and in mental conditioning.

The same will be expected when they mark the beginning of a fresh home season as the Shreyas Iyer-led India ‘A’ take on South Africa ‘A’ in the first of the two four-day games, starting Saturday.

The match, to be played at the M Chinnaswamy stadium here, signals the beginning of a hectic couple of months for the development teams.

The two events offer many players an opportunity to strength their cases on why they are ready to make or return to the Indian senior team dressing room.

Iyer, who is among the five players with India caps in the team, pointed out, “These matches are going to be important for us. We see the ‘A’ tours as an opportunity because we know if we perform consistently, then we will get a (national team) call-up. I’ve got the opportunity with performance in the ‘A’ tours. It is one step below the main team so you have to keep performing consistently.”

The series offers the likes of Mayank Agarwal, R Samarth, Prithvi Shaw, Hanuma Vihari, Axar Patel, Mohammad Siraj and Shahbaz Nadeem an opportunity to build on their performances in the recent tour of England. With the selectors yet to announce the team for the fourth and the fifth Tests in the ongoing tour of England, some would even fancy their chances of a call-up.