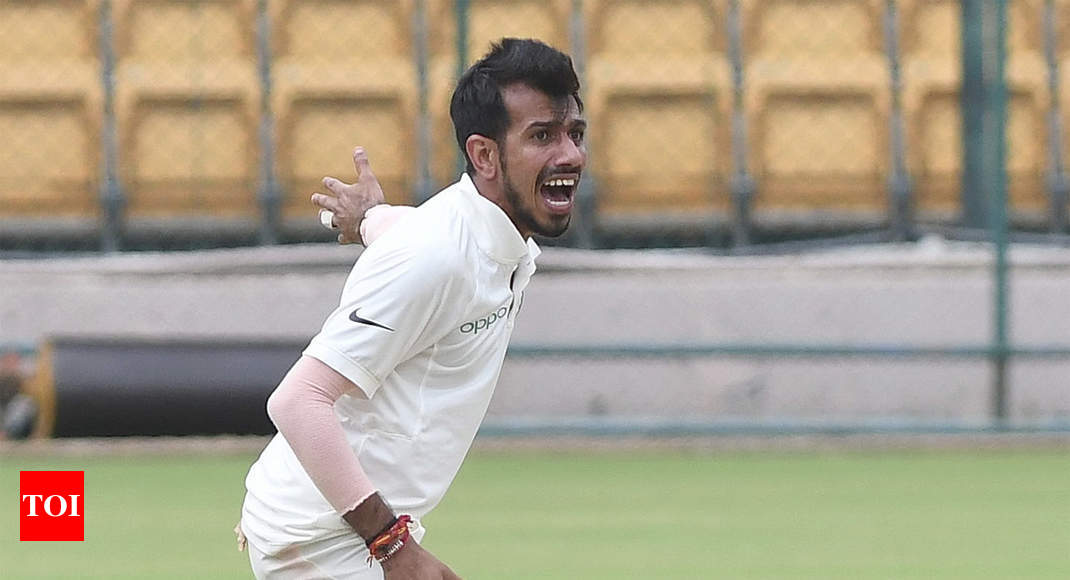 BENGALURU: India A suffered a massive collapse to be bowled out for 345 before the visiting South African team reached 213 for three at stumps on the second day of the second four-day ‘Test’.

Fast bowler Duanne Olivier was the wrecker-in-chief as he claimed six wickets to trigger the India collapse after the hosts resumed at overnight 322 for four on Saturday.

The last six Indian wickets fell for only eight runs as Olivier took five wickets in the space of 18 deliveries to bowl the hosts, who could add only 23 runs to their overnight score.

South Africa’s opener Sarel Erwee and No. 3 Zubayr Hamza then struck half-centuries in a 154-run second-wicket partnership to consolidate their position.

When the stumps were drawn, South Africa A were trailing behind India A by 126 runs with Rassie van der Dussen and Rudi Second batting on 18 and 35, respectively.

They stitched an unbeaten 59-run partnership for the fourth wicket.

Earlier, Olivier ended with figures of six for 63 runs in 24 overs. He first clean bowled Srikar Bharat for 34 and then sent back Jayant Yadav for one after trapping him leg before wicket.

Hanuma Vihari, who was batting overnight on 138, managed to add 10 more runs before he was caught by Hamza off Anrich Nortje. His knock was studded with 14 boundaries and came off 295 balls.

In reply, South Africa began their innings on a poor note as they lost opener Pieter Malan after being trapped leg before by Siraj, who bagged 10 wickets in the last game.

Erwee and Hamza fought back gallantly and put South Africa A on track by adding 154 runs for the second wicket.

Hamza was in aggressive mood as he hammered 93 runs off 125 balls with 15 fours.

Hamza, however, fell to leg-spinner Chahal when he was caught by captain Shreyas Iyer.

Erwee departed the scene after making a sedate 58 runs off 118 balls with seven boundaries and two sixes as South Africa A were reduced to 163 for three.

Chahal sent him back by trapping him in front of the wicket.