Commanding show by India to take an unassailable lead in the series! They were under the cosh after losing the last match but have roared back to register a roaring win. This is their third biggest win over a team in terms of runs. Everything went according to the plan for the home team in all the three departments and they went on to steamroll the resurgent West Indies unit. 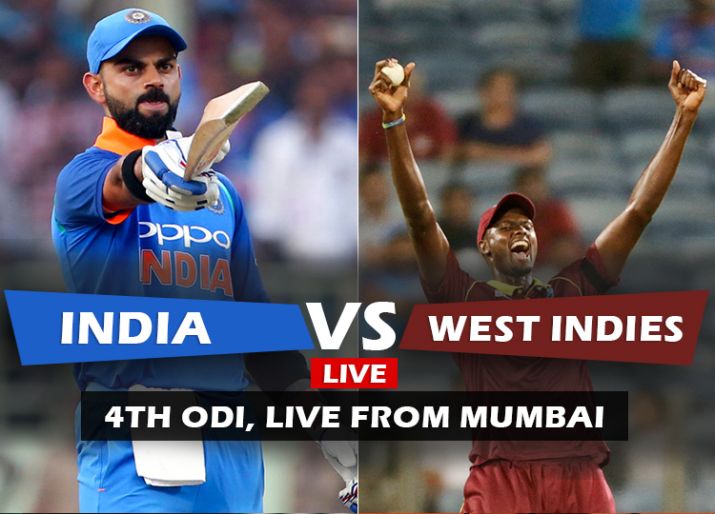 Khaleel Ahmed and Kuldeep Yadav starred with the ball for India, picking up 3 wickets each, as the Windies got bowled out for 153 while chasing a mammoth total of 378. The visitors never really had a shot at chasing down this total after they kept losing wickets right from the start.

Captain Jason Holder was the only batsman who showed some resistance and remained not out on 54 but the rest just collapsed in a heap to give India its third largest win in ODI history.

On a fine Saturday afternoon, India decided to stick to its strengths putting the West indies to bat first after winning the toss. West Indies who had scored 300+ score in the previous two innings didn’t quite get off to a flying start. Both Jasprit Bumrah and Bhuvneshwar Kumar replaced Umesh Yadav and Mohammed Shami and the difference showed. With wickets at frequent intervals, West Indies were at one point struggling at 121 for five. Shai Hope who has been the in-form batsman for West Indies then scored a well-fought 95 which propelled them to 283 at the end of their 50 overs.

India who are generally comfortable chasing in the sub-continent got off to a decent start. WhileCgot out right in the beginning, Dhawan stuck on for a bit before even he was sent packing by the 18th over. Skipper Virat Kohli who is in a purple patch of sorts, scored his third consecutive century but wickets kept tumbling on the other end. India’s asking rate crept higher and higher which eventually resulted in Kohli’s wicket as he tried to pull one off Samuel’s delivery. Once Kohli got out, it was a matter of time as India’s tail enders struggled to reach the target.