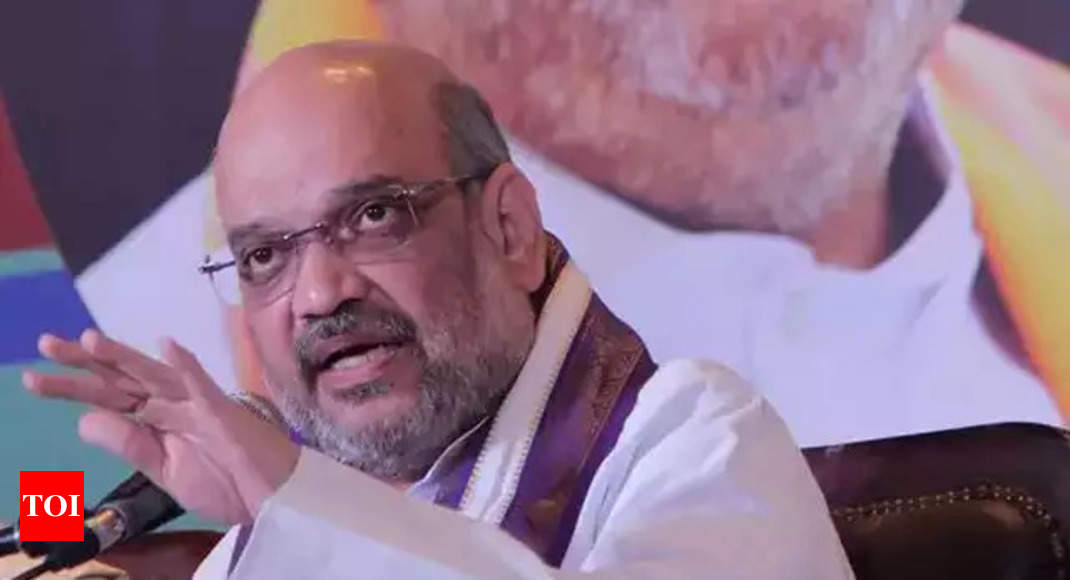 BHUBANESWAR/NEW DELHI: With both the Assembly and Lok Sabha elections due in Odisha next year, BJP Chief Amit Shah kicked off his party’s campaign in the state on Sunday by holding meetings with senior party leaders and incharges of the 21 Lok Sabha seats from the state and asked the cadre to strengthen the party at the booth level.
Shah’s visit is part of his campaign to visit all the states by July end to get a first-hand feel of the preparations and the status of the party on the ground. Odisha is one of the important states where BJP hopes to increase its seat tally to make up for any losses in the Hindi heartland of Uttar Pradesh, Bihar as well as states like Rajasthan and Gujarat.

Prime Minister Narendra Modi had addressed a rally in Cuttack on May 26 to mark the fourth anniversary of his government.

BJP had also held its national executive in Bhubaneswar in April, 2017. However, its recent loss in the Bijepur by-election in February this year by a huge margin shows the party may still have a long way to go to match BJD.

Sources said he has asked the party to increase the presence at the booth level. He also addressed incharges of the 21 Lok Sabha seats of the state and a social media workshop.

BJP aims to focus on the coastal areas of the state in the Lok Sabha elections but this could be an uph ill task as Naveen Patnaik-led BJD is very strong in this region. BJD has been in power in Odisha since 2000. It won 20 of the 21 Lok Sabha seats in 2014 Lok Sabha elections despite the Modi wave.

Shah enquired about the implementation of the various Central welfare schemes in Odisha, sources said.

Agency reports said Shah is slated to hold a meeting with two leaders from each of the panchayats in the 21 Assembly segments under the Bhubaneswar, Puri and Cuttack Lok Sabha constituencies.

Shah had launched a booth contact programme — ‘Mo Booth Sabuthu Majbhoot’ (My booth is the strongest one) — in Odisha last year. Party leaders have been given the task of ensuring door-to-door visit by booth workers to inform people about the pro-poor initiatives and welfare measures undertaken by the BJP-led NDA government.