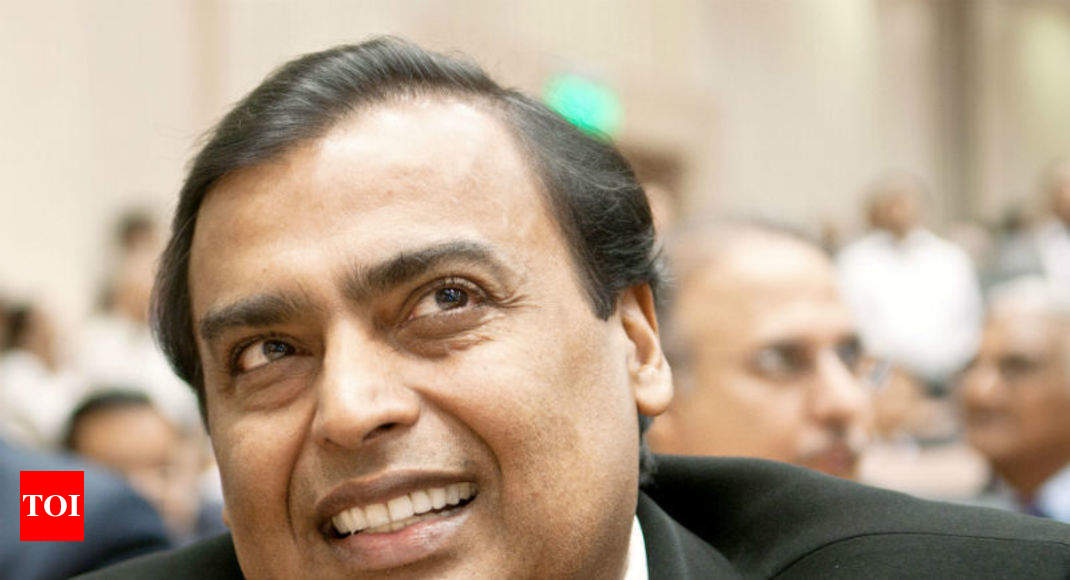 NEW DELHI: Reliance Industries Limited (RIL), India’s second-largest company by market value, has been on a shopping spree this past year, with a focus on expanding the draw of its consumer offerings.

Helmed by the country’s richest man Mukesh Ambani, the company has struck at least 12 deals over 12 months with an estimated tab of about Rs 28,900 crore , according to calculations by Jefferies Group LLC and Bloomberg. Ten of these are related to his consumer business. Ambani has also capitalized on India’s ongoing bad-debt issues with purchases of distressed or insolvent companies including a local textile-maker, a carbon-fiber firm and the wireless assets of an indebted telecom company.

For a conglomerate better known for building massive projects including the world’s largest refining complex, this recent acquisitive streak reflects Ambani’s ambition to make his telecom, retail and media offerings as profitable as the legacy petrochemicals and refining businesses. It also traces his pivot toward building an integrated digital offering around carrier Reliance Jio Infocomm Ltd. with purchases in the entertainment and artificial intelligence-based education space.

Some of these acquisitions are basically Reliance “trying to grab content,” said Deven Choksey, managing director at Mumbai-based KR Choksey Shares and Securities Pvt. “If they end up generating enough content, you can be reasonably sure that users will come on their network.”

Ambani has also been able to cherry pick debt-laden assets as local lenders scramble to resolve their $210 billion in stressed loans, Choksey said.

When Ambani, 61, rises to address shareholders in Mumbai at the annual general meeting (AGM) on Thursday, analysts are expecting to hear more on how the group will further integrate retail and telecom. Clear e-commerce plans, possibly at the annual shareholder meeting, could become a driver for re-rating the stock, brokerage CLSA said in a July 3 report.

Reliance has committed about $1.3 billion to acquisitions in the two years through to March 31, 2019, Jefferies India analysts led by Somshankar Sinha estimated in a report on Tuesday. The count excluded the Rhea Retail Pvt. Ltd. deal and a proposed Rs 17,300 crore acquisition of spectrum, mobile-phone towers and fiber assets from Reliance Communications — the largest among recent transactions.

Overall, Reliance has invested about $53 billion in a range of businesses from telecom, retail and petrochemicals to real estate. Telecom alone has sucked up more than $36 billion. Debt has climbed three-fold over five years to about $32 billion at the end of March.