In Indian banking, what goes up does not come down | BUSINESS
Categorized as
118
Tagged as
Future perfectImpact of RBI’s rate change on scheduled commercial banks’ interest ratesIndian bankspresent tense for Indian bankingThe increasing stress in the banking system
Related 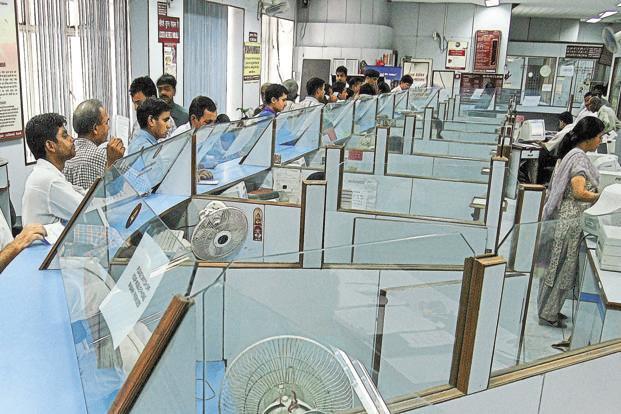 There is consensus among bankers that MCLR is better than base rate and that the transmission is happening at a much faster pace now. Photo: Bloomberg

As both depositors and borrowers from banks, we know anecdotally that when home loan rates go up, they don’t come down, but deposit rates are sticky at lower levels. Indian banks, like banks in many other countries, look at the central bank to benchmark the rate of interest they charge for their loans and what they offer to their depositors. What seems to be peculiar to Indian banks is their haste to raise rates at which retail customers borrow and their reluctance to reduce the rates as the policy rates go up and down.

What we know by experience has been confirmed by a study done by Care Ratings Ltd, titled “Impact of RBI’s rate change on scheduled commercial banks’ interest rates”The study has assessed the impact of RBI’s policy rate changes, between October 2011 and August 2018, on banks’ lending and deposit rates.

In the last six years, RBI increased rates on six occasions, including on 1 August this year; the hikes were 25 basis points (bps) each. One bps is one-hundredth of a percentage point. Other than the most recent policy announcement, in the previous five instances, banks raised lending rates faster than they raised deposit rates. Worse, the study finds that in four out of six instances, banks hiked deposit rates by a smaller margin than they raised lending rates. Then, there have been 11 instances in the past six years when RBI decreased interest rates. On five occasions, banks did not react in terms of transmitting interest rate benefit to borrowers. On two occasions, banks did not reduce base rates, but cut deposit rates.

Mint spoke to bankers and economists to understand why banks do this and how the transmission of RBI’s policy rate can be made fairer for retail customers.

Also Read: The increasing stress in the banking system

The Journey towards MCLR

From time to time, RBI has expressed concern over transmission of interest rate changes to consumers. In fact, RBI has made many attempts to change the way banks benchmark rates.

Till June 2010, banks used the benchmark prime lending rate (BPLR), but there was no rule saying banks could only lend at BPLR. Often, banks would artificially keep BPLR high and then lend below BPLR.

Then came the base rate, which was the minimum rate at which commercial banks could lend to customers. Individual banks changed it depending on cost of funds and other parameters.

From April 2016, MCLR was adopted as the benchmark rate for new loans, though older loans continue to be on base rate. MCLR is the minimum rate at which a bank can lend. MCLR is linked to deposit rates, and typically when deposit rates rise, banks hike MCLR and lending rates as well.

The change from PLR, under which the best borrowers were to get a certain rate, to base rate was because many borrowers were getting money at a rate even lower than PLR, said Madan Sabnavis, chief economist at Care Ratings. “Base rate was formula driven. That was good, but in terms of transmission, the process turned out to be slow, primarily because RBI was influencing a very small proportion of it. Then we entered the marginal concept, which seems to be a more effective way. But here too there is some lag, which will remain,” he said. 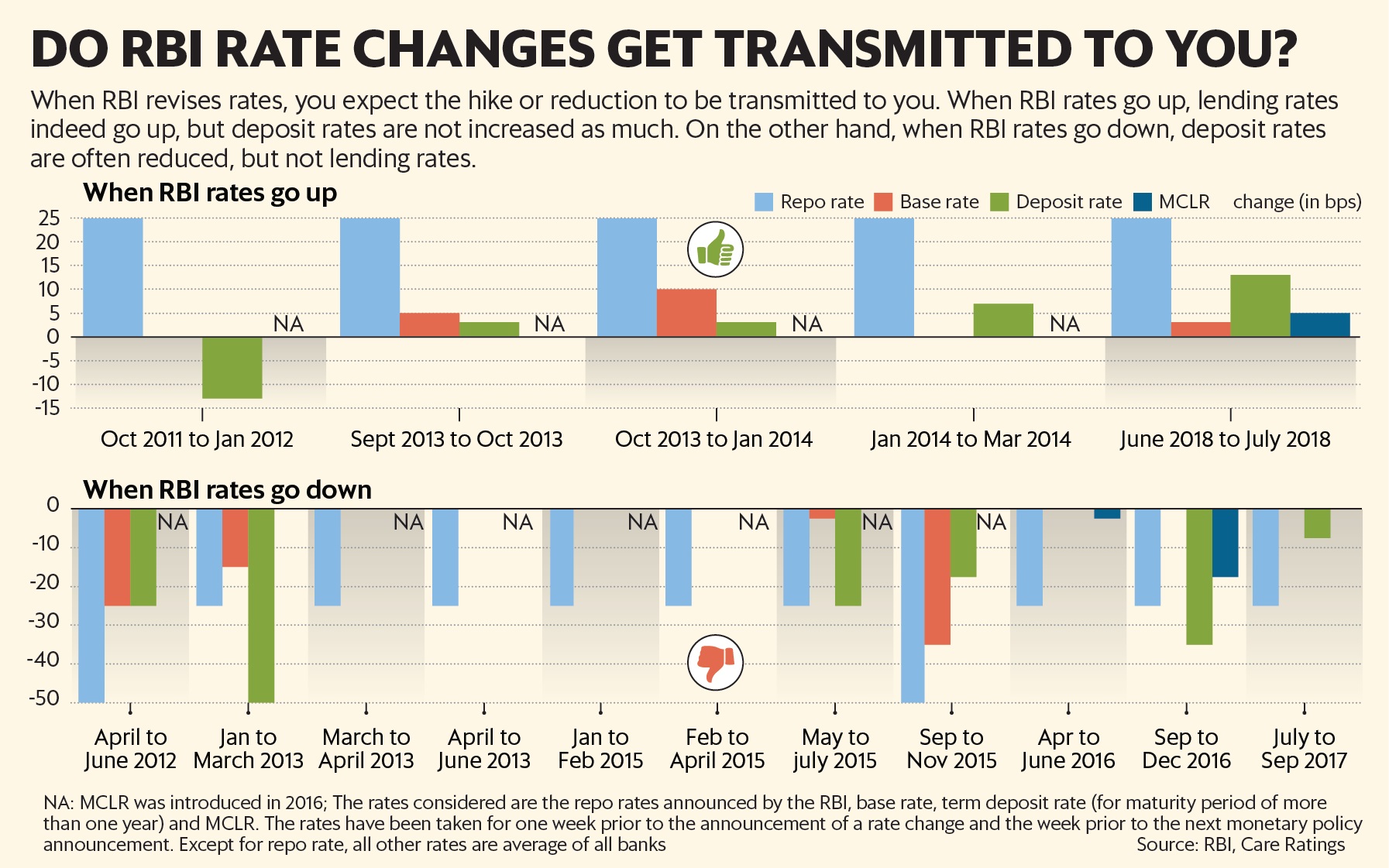 Why MCLR is better

There is consensus among bankers that MCLR is better than base rate and that the transmission is happening at a much faster pace now. “In the shift from base rate to MCLR, there was a marked change as far as the transmission of RBI policy changes to consumers is concerned. There is always scope for improvement, but MCLR helped,” said Anshul Swami, head, retail lending and inclusion, RBL Bank.

Bankers also said that it is difficult to communicate to a consumer that the change in MCLR is a function of other factors apart from the repo rate. “Banks look at the outstanding liability at the end of the month or any other time and the marginal cost of liability, and then do the pricing. So transmission is actually much more transparent as the formula is also given. Now the handle to the margins of a bank depends on the operating costs and CASA ratio of a bank,” said Sameer Narang, chief economist, Bank of Baroda.

When a bank changes term deposit rates, they are effective only on new deposits. So a term deposit for five years will get the rate at which it was signed, even if the rates change just a day later. On the other hand, MCLR changes reflect quickly and impact most of the loans that a bank has given out. This is because MCLR-linked loans have a periodic reset clause. “MCLR is a transparent framework. I think it would be tough to improve on it. Though other innovations are possible,” Narang said.

In a recent paper, RBI said other benchmarks, like a treasury bill, will also be explored. But even an external benchmark will have its pros and cons. “The movement in treasury bills and 10-year G-Secs in the last 12 months has been quite sharp. The yields have moved up by about 100 bps in 12-16 months. So, in a falling interest regime, that benchmark would work better, but in a rising regime, I am not sure how beneficial it would be,” Narang said.

If you are a consumer with a good credit score, some banks may offer you big-ticket loans like home loans at MCLR itself, which is the lowest possible rate at present. You can even switch from your existing bank to another bank that provides loans at MCLR. Take note of the processing fee in such cases. Those with older base rate-linked loans can also switch to MCLR-based loans.