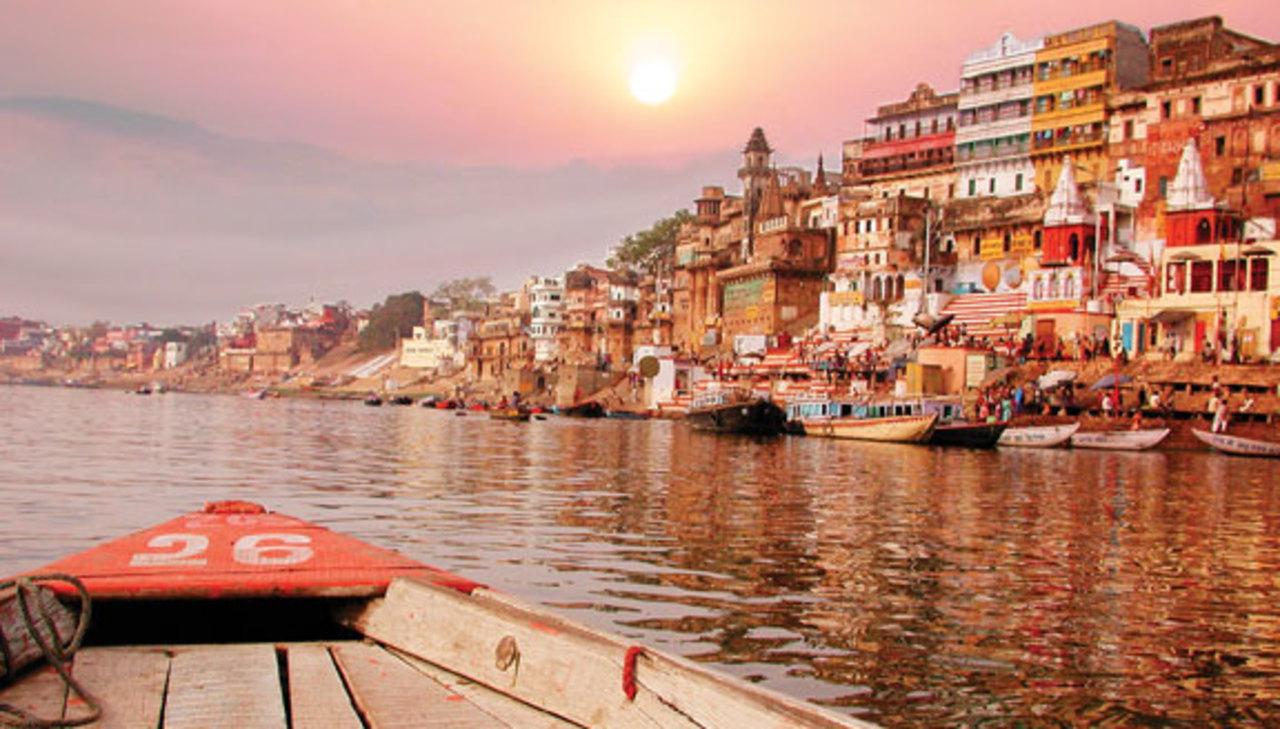 Ride along the Yamuna

“You have come at the right time, the river is best experienced in the morning,” says Ramlal, the old boatman, as soon as we get into his boat. His old but sturdy boat is one of the hundreds that line the ghat and ferry people to Sangam, the confluence of the Ganga, the Yamuna, and the mythical Saraswati. Thousands of migratory seagulls flit about as young men sell food for them. The place is packed during the day with devotees, pilgrims, and tourists, but is empty in the morning. Other than a few boats, some priests, and the seagulls, there’s only water around. “Yamuna is quieter. It is less deep too. It is the Ganga that is swift, deep, and loquacious,” says Ramlal as we glide along the placid water.

It takes about 40 minutes to get to the Sangam, where most people get off and take a dip. Surprisingly, the water there is hardly knee-deep. Some, like us, however, prefer to stay on the boat. “Don’t bathe if you don’t want to. But least put a few drops over yourself!” he adds. Having come so far, it doesn’t seem like a bad idea at all.

Soak in the history at Anand Bhavan The tall ivory and grey building stands majestically in the centre of a large lawn. A sprawling garden with beds of roses frames the structure beautifully, and a large dome sits on its head like a crown. Anand Bhavan, the erstwhile home of the first family of Indian politics, charms you as soon as you set your eyes on it.

Despite being on a busy road, calm prevails here. All you hear is the occasional call of the birds, and, sometimes, your own footsteps. Once in a while though the silence maybe interjected by the din of students brought in from a nearby village, or a herd of tourists. travelling from a far off land, but mostly the place remains quiet like a stoic veteran. The interiors of the house, with winding staircases, Victorian windows, exquisite chandeliers and vintage furniture, instantly transports you to another time; personal belongings of the family gives a glimpse into their lifestyle. The most humbling part however is the grand study with pristine white mattresses, small wooden desks and thousands of books. The room had once hosted innumerable meetings of the Congress Working Committee, and had a huge role to play in India’s independence movement. But then that is true for the entire complex. As the plinth outside the Anand Bhavan reads: “This house is more than a structure of brick and mortar. It is intimately connected with our national struggle and within its walls great decisions were taken and great events happened.”

Imperial charms of the city The Anglican remnants of India’s past are strewn all over Allahabad, from the High Court and Alfred Park to All Saints Cathedral and the convents. A stroll through the two main avenues of the town, MG Marg and KG Marg, will bring you face-to-face with most of these heritage buildings. Stopping over at Chandra Shekhar Azad Park is a great idea. The park spans over 133 acres and was built as Alfred Park in 1870. Post independence, it was rechristened Chandra Shekhar Azad Park after the legendary revolutionary who shot himself in order to escape the British. An imposing statue of Azad marks the spot today; a plinth describes his valour. A steady stream of visitors keeps the space busy, but the rest of the park is quiet. Right opposite to the park is the university campus. Even though most of it is in shambles, the buildings are still beautiful. Sauntering into the University is a great way to experience history. Known as the Oxford of the East, Allahabad University has produced great leaders, writers, lawyers, judges, filmmakers, even presidents.