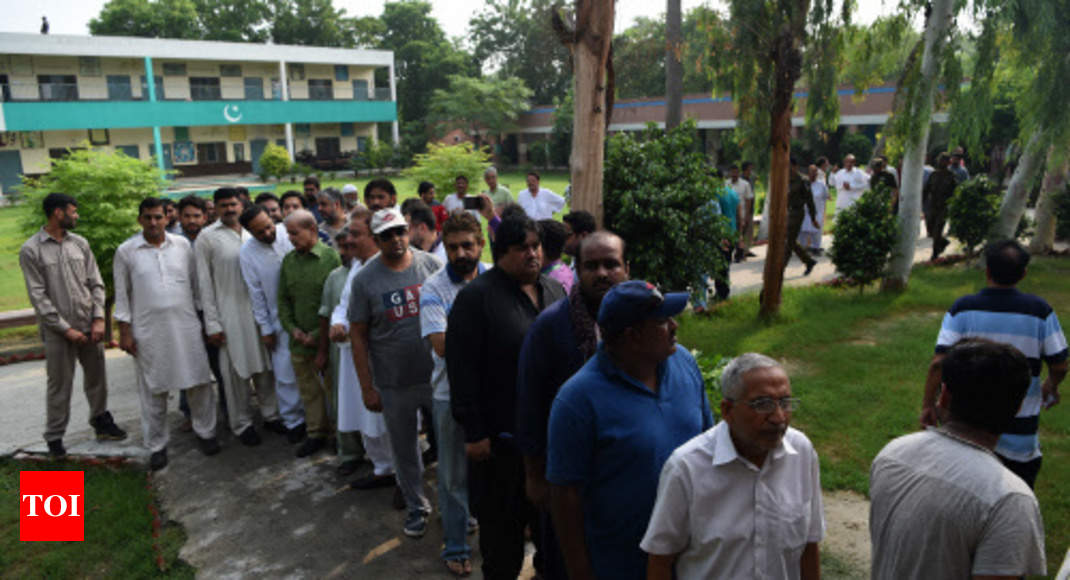 NEW DELHI: Pakistan’s former cricket star Imran Khan and his party were maintaining a commanding lead Thursday amid slow and tedious counting of ballots from a historic election the previous day that was marred by allegations of fraud and militant violence, reported AP. Election officials said an official count confirming Pakistan’s next government was expected later in the evening:

Union Minister RK Singh on Imran Khan’s party PTI leading in Pakistan general elections: Military is supporting him from the start, it’s not new. Imran Khan has always been a military candidate. It’s not us, but people of Pakistan who are saying so.

I don’t see any change because as far as India is concerned, the important matters like export of terrorism by them, are not going to change. Military used to decide this policy & they’ll do it now as well: Union Minister RK Singh on #PakistanElections2018 trends in favour of PTI

BJP MP Subramanian Swamy: Let us (India) prepare for the possibility that Pakistan may carry out war by miscalculation. We should be ready to finish Pakistan and break it into four and look for that opportunity.

It’s good (PTI is leading) because he (Imran Khan) is a puppet. It’s better to be known as a puppet than pretend not to be a puppet like Nawaz Sharif. They are all puppets. All civilian politicians in Pakistan are puppets of the ISI (Inter-Services Intelligence), military and the Taliban.”

Congress MP and former foreign minister Shashi Tharoor: Imran (Khan’s PTI) is the largest single party but without a majority by himself, he’ll depend on independents and small parties’ support, almost certainly Muttahida Majlis-e-Amal (MMA) – which will follow military instructions. Which means if he does things the military considers out of line, support can be pulled.