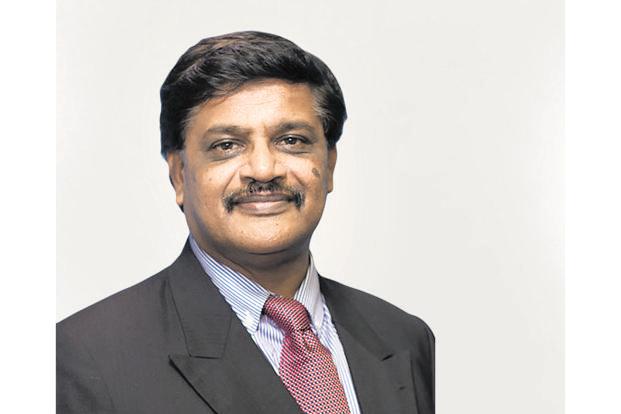 LIC-IDBI reflects the process of trying to resolve the problems in India’s banking sector, to stabilize it, and allow gradual recovery to happen, says Biswas.

India needs to see a substantial increase in manufacturing to generate the growth that it needs, and to meet the challenges for such large increases in its working-age population, Rajiv Biswas, the Asia-Pacific chief economist at IHS Economics and Country Risk Group, said in an interview.

“India, which faces long-term challenges as an energy importer, needs significant ramping up of exports—and one of the focus areas in the next term, if Prime Minister Narendra Modi wins in 2019, will be about increasing manufacturing exports. It is not just about manufacturing output anymore,” Biswas said.

On global investors’ view on India, Biswas said there was some concern that Bharatiya Janata Party (BJP) may have lost some momentum in terms of its popularity and added that the upcoming state elections would be a litmus test. “When you look at a nation-wide basis, there is a risk that in 2019 elections, if Modi is re-elected, he may not have such a strong support base or majority in the lower house. He may need coalition partners to pass legislation in the lower house, and that may mean a relatively weaker political situation, although it will still be workable as he does have close allies,” he added. Edited excerpts:

What’s your take on Life Insurance Corp. of India-IDBI—do you see it as a bailout? What expertise does LIC bring in running IDBI?

Yes, it is basically a bailout. This is a government-led process because of the high NPLs (non-performing loans) of the IDBI, and that is behind the attempt to merge them. India has a great track record using mergers to strengthen public sector and even private sector banks that are having problems. The capital of LIC should help IDBI deal with its NPL problems—so the government is engineering a takeover. In terms of LIC’s expertise—that is a fair question—but since they already have a stake in them, perhaps the government felt they could take over. But, I am sure there will be regulatory oversight of the whole process—be it the restructuring of the bank, improving and restructuring its senior management, improving its risk management culture, overseeing recoveries and reducing NPLs.

India has a good history of dealing with banking sector problems by engineering deals, be it acquisitions, takeovers, M&A—so it can be viewed as a positive development that government is trying to find solutions to recapitalize banks, rather than letting the situation deteriorate further—the key issue here is to try and prevent systemic risks to the banking system, and that is the role of the government and the regulators. I think by doing takeover deals, with firms that have stronger balance sheets, it is an important measure to try to prevent more serious problems from developing in individual banks along the way, which then brings in even bigger problems for the government, and also for international perceptions on how the Indian banking system is performing.

I think it is clear that in the last couple of years, international investors and international capital markets have become more concerned of problems in Indian banking sector. India itself has begun viewing the problems with public sector banks as an economic priority that it needs to address, and this led to the recapitalization of banks last year, an important first step. I think LIC-IDBI reflects the ongoing process of trying to resolve the problems in India’s banking sector, to stabilize it, and allow gradual recovery to happen. Otherwise, this will be a major obstacle to India’s economic development—because what we saw last year was that credit expansion of public sector banks fell to a new low, and you cannot have a situation where country is witnessing 7% growth and public sector banks balance sheets are expanding at a very modest pace—so something needs to be done over the medium-term to bring public sector banks back to having healthy balance sheets. So steps like this will be seen as the government trying to resolve the problem.

Do you see India getting caught up in the global trade war? Also, we have a situation where the US has imposed tariffs on India, and the latter in turn, has hiked tariffs on US products.

It will impact sectors such as steel and aluminium. But India and the US imposing tariffs on each other—I would not call that a trade war, as it is more like some moderate skirmishes on trade matters, where India is taking retaliatory action. But the impact on overall bilateral trade between both countries is not going to be significant. If we look more widely, India still has most of its trade relations with other countries—it is just with the US that is it facing some problems. The trade war between China and the US will have an impact on several other countries—many other countries are part of China manufacturing supply chain and they will be affected by US tariff measures—but I don’t see too much of an impact on India. So challenge for India now is to deal with the bilateral tariff confrontations with the US—although it is not yet turned into a trade war. However, for other countries, there are signs of escalation, particularly for China. I think if a trade war between the US and China escalates further, with US President Donald Trump signalling that the US could add tariffs on another $200 billion of Chinese products, and if China retaliates, that could become a significant issue, as it will impact and dampen world trade growth and impact global growth momentum.

A related question to trade—India’s exports have failed to take off—why has the country failed to improve its economic competitiveness?

The world is divided into technological leaders and technological laggards. When I say technology leaders, it is countries like the US, Europe, Japan, South Korea, to some extent China, who have all built up strong technology-related manufacturing exports. For example, the US exports aerospace products and planes, and other sophisticated manufacturing items like semiconductors. China also exports electronics products. But, when you look at the structure of India, it hasn’t got the same technology content, except in services. In services, India does well because of its exports of IT related services. But in terms of exports of goods, India is still relatively low for technology—its exports are still related to agriculture products, and a lot of basic manufacturing.

The challenge facing manufacturing in India is increasing the value-add, and how to become more competitive in sectors that are more technologically linked. One area where India is completely absent is in IT hardware. It simply does not make any of those products, and those are increasingly important in world trade. If you look at East Asia, they export a lot of electronic products, and India does not have these kinds of products. If you compare India to South Korea or Taiwan, or even Singapore or Malaysia, and look at the structure of their exports, you will see that India has very little play in the IT space—this is a real problem for India in a world which is increasingly shifting to technology products. The fourth industrial revolution is requiring more inputs for electronic products, and if India is not a player in this space, it is being left behind.

There are other issues like infrastructure, high port shipping costs that makes it less competitive than other countries in Asia as an export hub—there’s a need to improve the ease of doing business and that is an ongoing challenge, and while India is trying to make progress here, it is still well behind many other economies in South-East Asia. There’s always a number of factors that are holding back Indian exports.

India’s gross domestic product (GDP) growth numbers have come back strongly—yet, do you feel there is a perception that the economy and employment have worsened under Modi?

There is an issue with employment, and this is an area of weakness, especially in the manufacturing space. Even under the Modi-led government, there hasn’t been a significant increase in manufacturing employment, along the lines that he (Modi) had wanted. It is clear that Modi had strongly prioritized boosting manufacturing output and employment—he understands the importance of this and a lot of his policies have to do with trying to improve the competitiveness of manufacturing, but in terms of actual data on employment, we have not seen the improvement yet. Services have gotten better.

But, I think for a country like India, in its current stage of economic development, which has a large emerging market, it needs to see substantial growth in manufacturing to generate the growth that it needs, and to meet the challenges for such large increases in its working-age population. Every year new cohorts of young people are entering its workforce, and if there is only a reliance on services to create jobs, it is a very unbalanced situation. Although the prime minister deserves a lot of credit in trying to boost manufacturing sector output and employment, the reality is that it hasn’t yet happened, and a lot still needs to be done to make manufacturing more vibrant and competitive.

So, what is your reading of 2019? What are your clients and investors asking you about India? Are there concerns that the mood is changing, and 2019 won’t be a given, as it was once assumed?

Investors are starting to look at issues such as the outcome of elections. But, in the case of India, it is still a bit early for global investors to look at what may happen in 2019—some of them (investors) are currently focussed on US-China trade war. Their attention has not yet turned to India, but it is starting to come on their radars. Definitely, over the next six months, this will be more on the front-end for global investors, because India is an important emerging market, both in terms of portfolio investment and also for FDI. So from both points of view, global investors will be looking closely at the political landscape as we head into the 2019 elections.

Right now, the concern is that perhaps the BJP has lost some momentum in terms of its popularity, and the upcoming state elections will be a litmus test to indicate how things are developing—so there are some concerns that the BJP may have lost some of their appeal. When you look at a nation-wide basis, there is a risk that in 2019 elections, if Modi is re-elected, he may not have such a strong support base or majority in the lower House. At the moment, the most likely scenario for 2019 election is that PM Modi will be back, but with a reduced majority, and that creates political challenges in terms of the reforms agenda— that may be a weaker situation than what we have currently. Of course, the Upper House still remains a challenge. I think, investors may feel it is important for BJP to try and maintain its majority. That will be the key issue in focus.