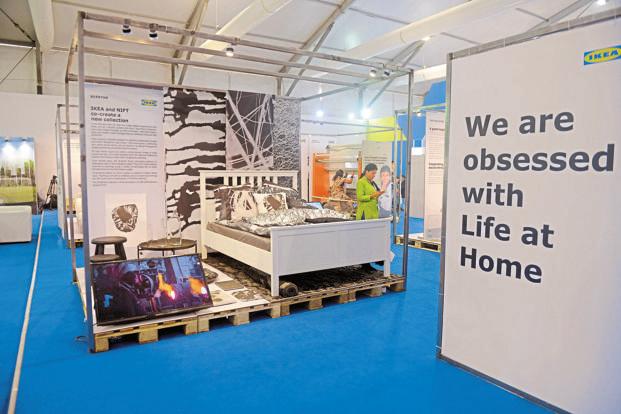 Ikea’s launch comes at least 12 years after it started studying India, which is poised to overtake the US to become the world’s second-largest middle-class market by 2022. Photo: Abhijit Bhatlekar/Mint

Mumbai: In a milestone that’s been more than a decade in the making, India’s first Ikea store will open on Thursday, bringing inexpensive Nordic-inspired furnishings and food to the world’s fastest-growing middle class. Ikea expects to welcome as many as 6 million visitors a year to its 13-acre complex in Hitec City, on the outskirts of Hyderabad, India’s fourth-biggest city. The 400,000-square-foot showroomcontains some 7,500 products, of which about 1,000 will sell for less than Rs 200 ($2.91) apiece. It’s the first of 25 stores Ikea plans to open across the nation by 2025.

Ikea’s launch comes at least 12 years after it started studying India, which is poised to overtake the US to become the world’s second-largest middle-class market by 2022. By then, sales of homewares and home furnishings will probably reach $15.3 billion from $12.9 billion last year, according to researcher Euromonitor International. 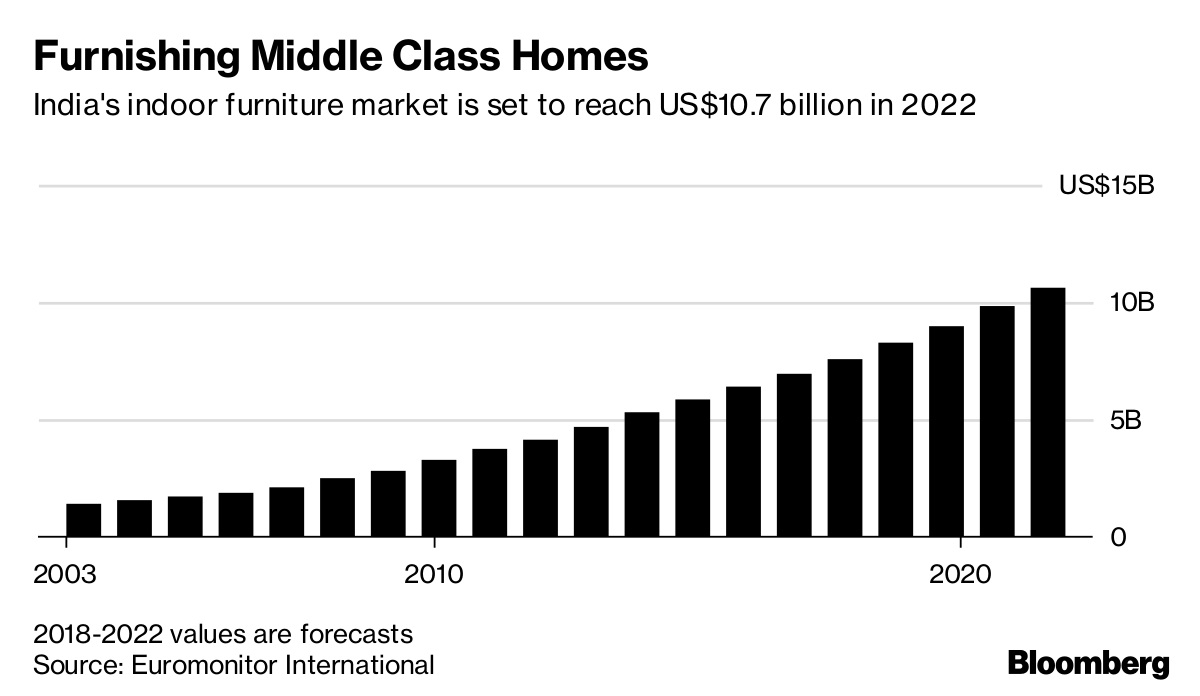 “Rising incomes and affluence make for an attractive market in India,” said Sowmya Adiraju, a research analyst with Euromonitor in Bengaluru, in an email. “Indian consumers are curious to see what Ikea has to offer and the retailer is well-positioned to meet this demand.”

The world’s biggest furniture retailer invested more than 10 billion rupees on its first foray in India. It’s counting on new customers in industrializing nations bolstering sales growth in the face of brand fatigue and increased competition from online retailers, such as Amazon.com Inc. and made.com, in established markets. Ikea added no new outlets last year in Sweden, where domestic sales were flat.

An Ikea is slated to open in early 2019 in Mumbai, followed by stores in urban Bengaluru and metropolitan Delhi. Chennai, Kolkata, Ahmedabad, Surat and Pune are also targeted for stores. Elsewhere in Asia, it plans to set up shop in the Philippines and Vietnam and open additional stores in Bangkok, Thailand, within the next few years.

“The pace of opening stores in India will intensify,” said Harminder Sahni, founder and managing director of consulting firm Wazir Advisors in Gurugram, near Delhi, adding that the 75-year-old Swedish company spent more than a decade researching the market to ensure its success in India. “Ikea has never failed; it’s never closed a single store in its history.” 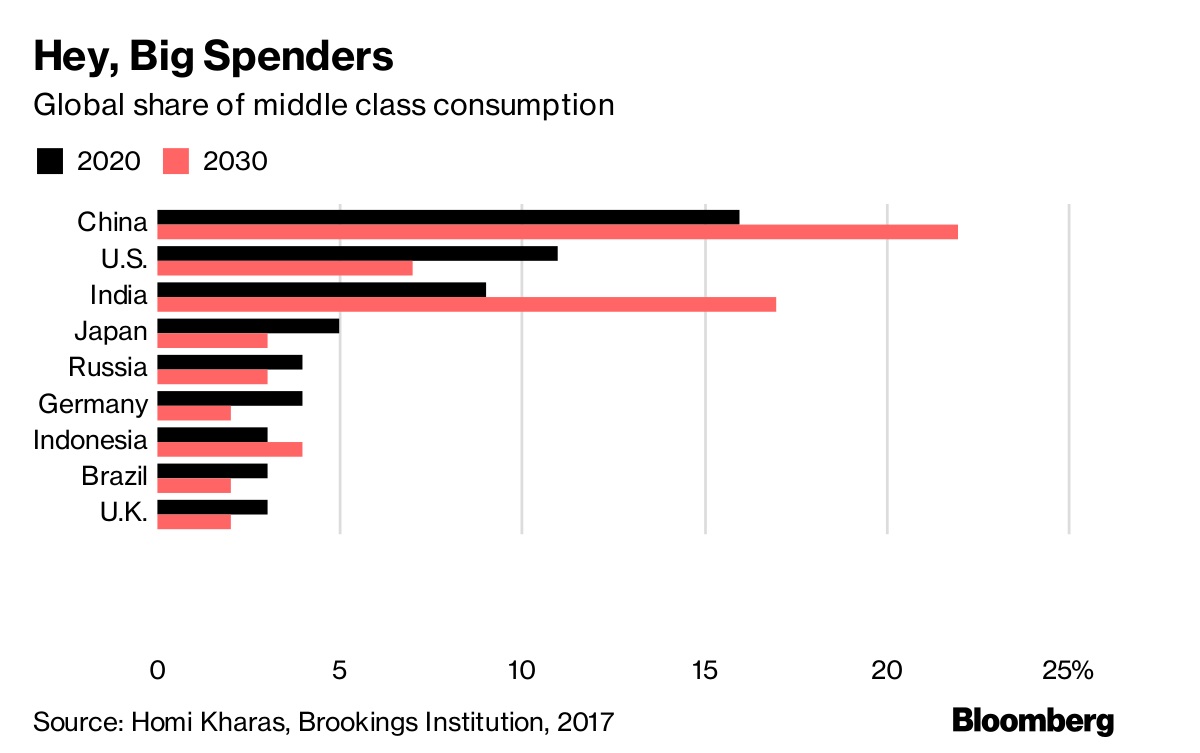 “Ikea is marketing its product offerings in India as being affordable, stylish and available for all,” she said. “This resonates closely with the demands of an average Indian consumer. Indians, although price conscious, are quite aspirational.”

If two-seat sofas costing as little as Rs 5,990 and Rs 7,990 double-bed frames aren’t enough to lure shoppers, the Hyderabad store features a 1,000-seat restaurant—one of the largest across Ikea’s 400-strong global chain—that will serve a mix of Nordic and local dishes, including biryani for Rs 99 a plate. Chicken and vegetarian meatballs, for Rs 129 a serve, will replace the traditional Swedish ones made with beef and pork.

Hyderabad resident B. Sohini Singh said she is keen to try the meatballs between browsing for furniture that she plans to buy before her wedding next March.

“I’m waiting for Ikea to open,” the 28-year-old filmmaker said. “It’s just an hour from my home and it will be within my budget. The trigger is obviously price and, of course, the range.”

Concerned that the absence of a strong do-it-yourself culture in India could impede acceptance of Ikea’s traditional model of self-assembling furniture, Ikea partnered with local start-up, UrbanClap, and hired 150 staff to offer paid delivery and assembly options, and plans to introduce an online store in conjunction with the opening of its Mumbai outlet in 2019.

Initially deterred by since-amended legislation that required foreign single-brand retailers to operate stores with a local partner, the Swedish giant began construction on the Hyderabad complex about two years ago.

Its opening, set for 19 July, was postponed by three weeks to give the store more time to “live up to its expected quality commitments towards customers and coworkers,” according to a statement.

Some 950 people will be employed directly by Ikea in Hyderabad, with an additional 1,500 jobs created indirectly, a company spokesperson said.

Ikea said in December it plans to have 15,000 staff in India by 2025, half of whom will be women. Recent recruits in Hyderabad include eight female forklift drivers and 100 young people from a government-backed program supporting underprivileged women entering the workforce.