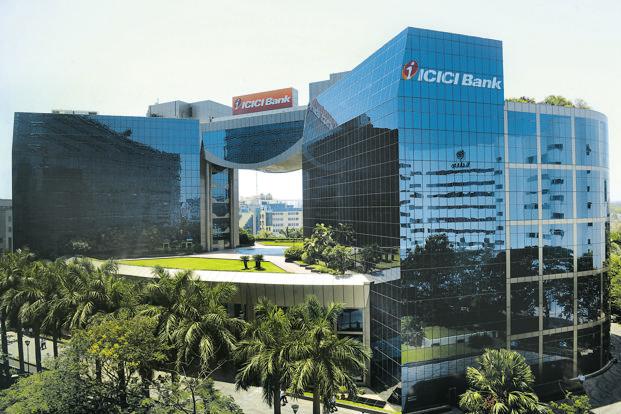 ICICI Bank issued letters of credit (LCs) against fictitious bills to service a number of loans, the whistleblower has alleged. Photo: Abhijit Bhatlekar/Mint

Mumbai: ICICI Bank Ltd issued hundreds of letters of credit (LCs) to entities related to its troubled corporate borrowers to help them avoid loan default, a whistleblower complaint said, pre-empting the need to set aside money for non-performing assets (NPAs).

Banks often extend loans to debt-laden companies to help them repay previous loans, a practice known as evergreening. This buys time to run down bad loans slowly so the companies can earn their way out of trouble. A letter of credit is a guarantee that the bank provides to a seller that the bank will cover a payment if the buyer defaults.

While loan evergreening has been fairly rampant in India, the practice has been frowned upon by regulators and has contributed to the ballooning of bad loans in the Indian banking system. It also short-changes investors by giving an inaccurate picture of the state of the bank’s finances.

According to the complaint by an anonymous ICICI Bank employee who wrote to the bank and the Reserve Bank of India (RBI) on 20 and 22 March, the private sector lender also sanctioned a large number of term loans to entities related to the 31 borrowers named in the complaint. These loans, the complainant said, were granted ignoring the warnings raised by internal auditors.

In response to Mint’s queries, an ICICI spokesperson said: “Banks are required to disclose the divergences in asset classification and provisioning consequent to RBI’s annual supervisory process in their notes to accounts to the financial statements, wherever either (a) the additional provisioning requirements assessed by RBI exceed 15% of the published net profits after tax for the reference period or (b) the additional Gross NPAs identified by RBI exceed 15% of the published incremental Gross NPAs for the reference period, or both. Based on the above, no disclosure on divergence in asset classification and provisioning for NPAs was required to be made by the Bank with respect to RBI’s annual supervisory process for FY2017.”

The US Securities and Exchange Commission (SEC) began an investigation into the whistleblower’s allegations on provisions being delayed in June 2016, while RBI started a fresh probe on 25 March this year on the bank’s processes while it sanctioned loans to 55 entities.

Mint has seen copies of a number of loan account statements and details on which the whistleblower complaint is based, although it is not in a position to independently verify them.

The whistleblower alleged that ICICI Bank issued LCs against fictitious bills to service a number of loans.

The charges, if proved, will be in violation of anti-money laundering norms since it implies round-tripping of money.

Since ICICI Bank is listed on the New York Stock Exchange, the US SEC has noted the matter as one under “national priority”, wherein attorneys have been appointed to investigate ICICI Bank and its top management.

According to two ICICI Bank officials who didn’t want to be identified, as well as the whistleblower’s complaint, the bank has waived penal interest of borrowers several times in the past to avert impairment.

“Whenever a loan account was overdue for over 60 or 90 days, a fresh loan was sanctioned. To disburse the fresh loan after sanction, the overdue was needed to be regularized. In one case, for an initial term loan of ₹ 100 crore, three loans aggregating to ₹ 90 crore were sanctioned to avert impairment over a five-year period,” said the two bank officials, citing examples from account statements of NPA entities.

“When a borrower didn’t have enough balance available to make loan payments, temporary overdraft (TOD) was sanctioned to another borrower to pay to the first borrower whose account needed to be saved from being impaired. In one instance, TOD was sanctioned to a service provider of a large borrower. This service provider had no borrowing arrangements with the bank. Unfortunately, the money could not be returned to the service provider. That TOD became overdue and eventually an NPA,” said the officials, who showed Mint the names of the borrowers, their account statements and the letters to the bank.

“The technology platform of the bank also has deliberate gaping holes. Bank’s term loans are accounted for in a software called SYMBOLS, which is, unlike real time core-banking system software such as FINACLE. This has been done deliberately to employ accounting activities which can be manipulated as the end-of-day (EOD) reports can be delayed or back-dated as desired,” said the two bank officials.

The ICICI spokesperson refuted the charge and said: “The bank uses robust information technology systems to handle its various portfolios like term loans, working capital loans, retail loans, credit cards, deposits, transaction banking, treasury, fixed assets and so on. Systems are deployed because of their specialisation in handling specific portfolios. The use of separate systems for different portfolios is common across many banks in India. The financial reporting for the bank accumulates data from all the IT systems on an automated basis. Hence the allegation that the technology platform of the Bank has gaping holes is a mala fide and irresponsible statement to discredit the bank’s state-of-the-art IT systems with the intent to lower the image of the bank in the eyes of its stakeholders.”