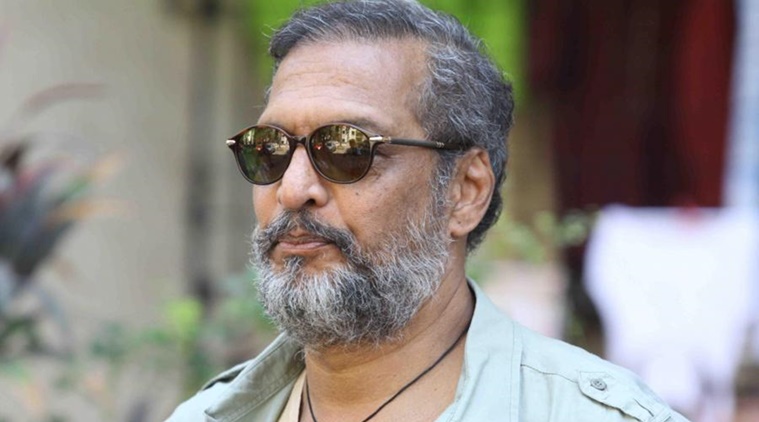 The trailer of Marathi film Aapla Manusbegins with an old man falling off the terrace. An investigation into his death marks the entry of senior inspector Maruti Nagargoje, played by Nana Patekar, who starts interrogating the deceased’s son and daughter-in-law. Their complex relationship with the father is laid bare and the tough cop turns their world upside down as he makes them question their beliefs about life and relationships. For Patekar, it was this “unique and complex character”— that hasn’t been explored in Marathi cinema earlier — excited him. “On one hand, it is a thriller and on the other, it is a social commentary about the changing relationships in urban India. The purpose of making a successful film is to blend entertainment with social content,” says Patekar adding that the audience now prefers watching a multi-dimensional plot than just following a linear story. “The more layers a story has, the better it is for the audience,” he adds.

Aapla Manus which is Ajay Devgn’s first Marathi project explores the story of a young couple living with the man’s father, juggling the pressures of urban life and managing the complexity of relationships. “As an actor, I think it is my responsibility to hold a mirror to the society. I can’t join politics [as] that would mean taking sides and moulding myself to a particular ideology. You can’t be fair when you take sides so I use films as a medium to do that,” says Patekar adding that a film should always be made responsibly, especially when it comes to historical events. “When you are making a film, it is your duty to portray things sensitively enough so that today’s society isn’t fractured because of such representation. For instance, we are making a film about two sections of the society at loggerheads with each other. It is evident that one must have oppressed the other and they are now fighting for their rights. That’s history but there’s nothing wrong in portraying that sensitively,” he believes.

The National Award-winning actor has earlier essayed the role of a tough cop in films such as Yeshwant, Ab Tak Chappan, and Shagird among others. While the 2004 release, Ab Tak Chappan saw the actor in Shimit Amin’s tight and gripping drama about a tough-nut encounter specialist Sadhu Agashe who goes to any extent to cleanse the society of criminals. The sequel, despite Patekar’s brilliance, was a let-down with its predictable plot and clichéd execution. “There wasn’t a script in place and I wanted to make it about Agashe’s quest to redeem himself. It would have been about his zeal to help one of his victim’s family and how he pays a heavy price for that,” he reveals adding that he hasn’t thought of bringing back Sadhu Agashe for the third instalment. “Though the character is established now, and will be easy to take it forward, I may not include this story in the franchise,” he adds. Another film close to the actor’s heart is his 1991 directorial debut Prahaar where he also played the role of an army officer, Major Pratap Chavan. Due to his other commitments, it remained his only directorial despite the film’s critical acclaim. “Directing a movie takes about two or three years and in the bargain, you end up making less money. At that time, I needed to buy a house so I could either make films or money. Now, when I see young directors wielding the baton, I try to meddle to fulfill my wish,” he laughs.

The actor’s previous Marathi film Natsamrat was about the twilight years of a successful actor and his downfall, owing to the betrayal of children. Patekar who played the eponymous character, delicately balanced the vulnerability, humaneness and madness of the aging playwright. The film was critically acclaimed while also enjoying a good run at the box-office. The actor who believes that a film’s success only depends on a good script adds, “If you have good content, you can make a film with your phone’s camera too. The generation has changed and film making has also evolved. The younger lot now has ideas that are a reflection of the society we live in.”

The 67-year-old actor who has been in the film industry for five decades says that he’s still as charged about his projects as he was a few decades ago. “I don’t know when I will retire in life. In my 50-year-old career, I have done very few frivolous films,” he says adding the only thing he looks for before green lighting a film is how the audience will look at it. “I should enjoy while playing the character. I listen to a story as an audience. As an actor, I only think who my director and co-actors will be and whether I will get paid on time. If I start yawning during the narration, then it is understood that I won’t do the film,” says the actor.