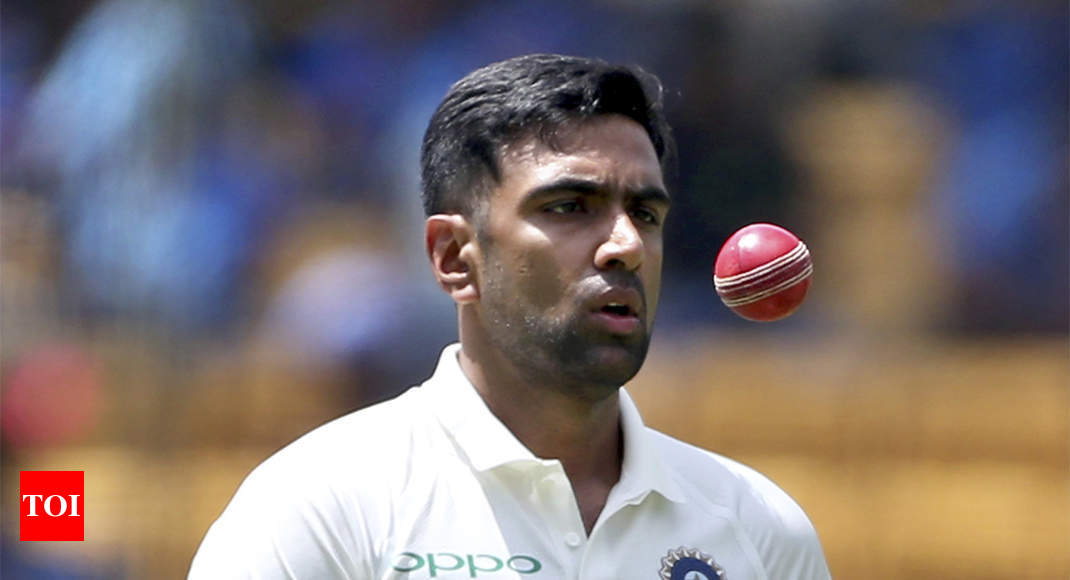 CHENNAI: On R Ashwin’s only visit to England for a Test series, in 2014, the off-spinner was confined to playing just the last two Tests in the five-match series. The 31-year-old picked up three wickets from those two appearances, both of which ended in heavy defeats as India were eventually humbled 1-3 by the hosts.

Having featured in a successful county stint for Worcestershire last year, though, Ashwin now has intricate knowledge of how the different pitches in England behave and will be better prepared for what is to come this time around. In four matches for Worcestershire last season, he picked up 20 wickets at an average of 29.15 and also averaged 42.80 with the bat in hand as he helped them gain promotion to Division One.

“I know what to expect in England, in terms of weather and pitches. Worcester’s home ground is New Road, which is a very difficult track to bowl on. I enjoyed my cricket there. I also bowled a lot with the duke ball during my stint. At this point in time, it’s not as difficult as bowling with the SG ball. So I think it should be fine,” Ashwin said during the launch of his TNPL team Dindigul Dragons jersey here on Wednesday.

With the Test series against England set to commence in the second half of the English summer, the pitches are expected to be drier and aid reverse swing and spin. While Ashwin sounded a warning about the erratic English weather, he remained confident that India had all the bases covered.

“Whether it is August or September, it never ceases to amaze me how the English weather keeps changing all the time. I don’t think that will be a factor. Our fast bowlers have done well in South Africa and we batted pretty well too. The kind of overall unit we have with the five bowlers, we always fancy our chances. Going into the second innings, the spinners are always going to come into play,” observed Ashwin, who hinted at a possible return to Worcestershire at the fag end of the 2018 season.

While Ashwin bowled his fair share of leg-breaks and googlies during the IPL, the TN star reverted to bowling his conventional off-breaks for the one-off Test against Afghanistan. Asked about how he plans to operate against England, Ashwin gave away little. “Nothing for me is experimentation. There is logic behind whatever I do. Before I bowled a delivery of leg-spin in IPL, I have done about, probably, a lakh of balls in practice. The thought process alone is experimentation. What I might do tomorrow in a game, I really don’t know. As a Test cricketer, I pretty much know what is important in a Test match. If I had to bowl a bunch of leg spinners and googlies, I would have done it even in the Afghanistan Test,” he said.

Before the Tests, though, Ashwin will be playing the first two-three matches for Dindigul in the TNPL even as his India teammates are busy participating in the limited-overs series in England. With the 50-over World Cup less than a year away, what does he make of his one-day ambitions?

“It entirely depends on what other people perceive of my cricket. It’s definitely not in my control. Like any other cricketer, I want to wear the blue jersey and represent India at the World Cup. That’s obviously there deep within. At this stage of my career, physically and mentally, I am just focusing on enjoying cricket. If I land an opportunity I want to be in good frame of mind to take it with both hands.”