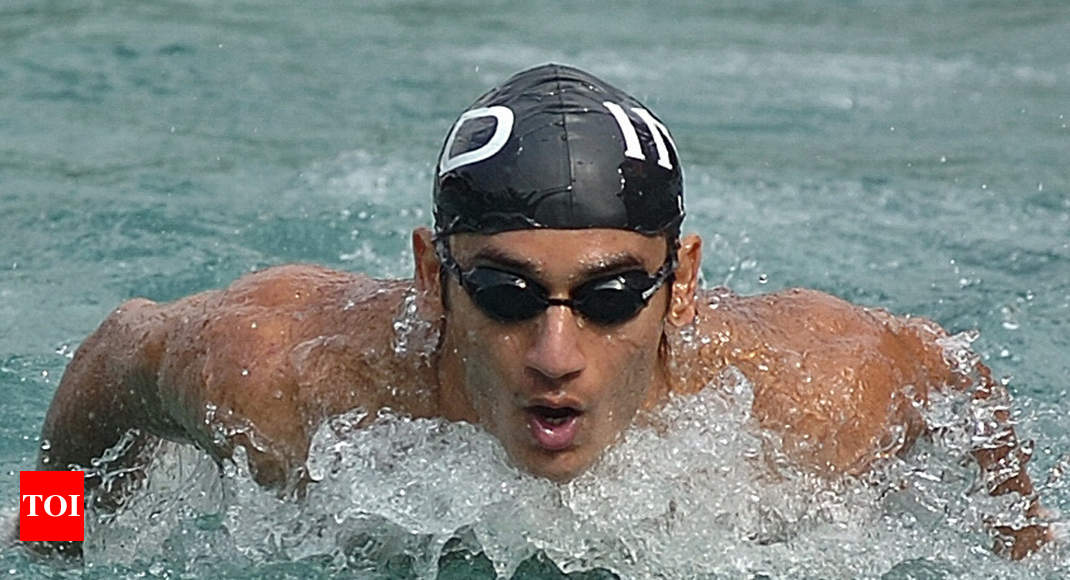 NEW DELHI: He upstaged an Olympic champion on the comeback trail but one of India’s most accomplished swimmers, Virdhawal Khade, says he had all but “forgotten” how to perform at the big stage owing to the mundanity of a job and injury setbacks.

The 26-year-old, the youngest swimmer from India to qualify for the Olympics at the age of 16 in the 2008 Beijing edition, has risen back to prominence after outpacing Olympic gold medallist Joseph Schooling in the 100-meter freestyle event at the Singapore National Championships.

The performance couldn’t have come at a better time for the Maharashtra lad as he prepares for the Asian Games in Indonesia after a less-than-impressive show at the Gold Coast Commonwealth Games.

“The CWG was the first big competition after 2010 and maybe I had just forgotten how to perform at the big stage. I was training very hard but wasn’t able to put it together. I think between the CWG and now I have learned how to swim faster,” Khade said.

The Asian Games trigger good memories for the imposing swimmer, who had won a bronze medal — India’s first in 24 years — during the 2010 edition in Guangzhou.

That performance had fetched him the job of a Tehsildar with Maharashtra government, something that ended up far from being an incentive.

Khade put swimming on the backburner to focus on his job and the cost was missing two Olympics, the 2014 Commonwealth, and the Asian Games.

“What happened to me was because of my achievements. The Maharashtra government recruited me but our state policy was a little too restrictive for athletes. So that didn’t allow me initially to come out and train and while I was working I missed out on the Asian Games, Olympics, and CWG,” Khade said.

A serious knee injury added to his woes and Khade’s career seemed all but over. However, he had other plans. He wasn’t going down without a fight. “I always had swimming at the back of my mind even while working. I knew I wasn’t done. There were a few things like winning a gold medal in the Asian Games, giving the Olympics another crack which was incomplete. I didn’t swim for some 3-4 years. That always kept bugging me,” he said.

The comeback was the 2018 Commonwealth Games. He couldn’t make it past the heats in Gold Coast but began to regain the confidence of being at the big stage. A month and a half later, he managed to edge past Schooling, Singapore’s first ever Olympic gold-medallist.

“It was a competition I participated in the build-up to the Asian Games. Before the competition, we found out that he (Schooling) was racing there and it was a very big deal.

“I wasn’t focusing much on the 100 meters as it wasn’t my main event. But I think it was my day and somehow I was able to put myself together enough to be able to beat him,” he recalled.

“Nobody thought I was going to win because he is an Olympic winner and he is training for the Asian Games. It was a big shock,” Khade, who once held the national record in five different categories, said.

Khade is now confident of a podium finish at the Asian Games, starting August 18, despite competition from strong swimmers from China and Japan. “The Chinese and Japanese are definitely amongst the top 10 in the world but the rate at which I have been progressing and if I fix a couple of things like my start, I can swim as fast as them. I just need to put things together,” he said.