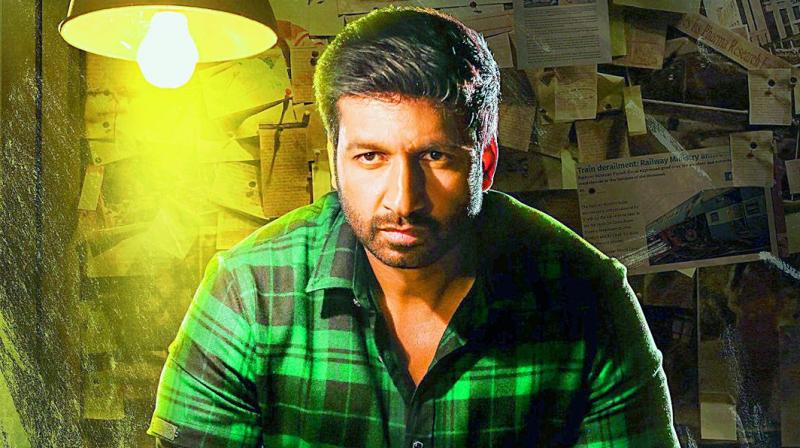 Actor Gopichand seems quite confident about his upcoming film Pantham, directed by debutant Chakravarthy. Although this is the actor’s 25th film, he states that it is just a number and that he has worked for all his films in the same fashion.

“I have seen hits and flops in my career, but I have never done a bad film. Some films didn’t do well because of the narration or lack of publicity while others released on bad dates. But I gave my full effort to all my films,” he asserts.

Unwilling to reveal too much, the actor hints that Pantham revolves around a social cause and shares, “Whatever is happening everywhere is shown in the film. We have also come up with a solution to the issue. I am confident that it will definitely connect to the audience.” He adds, “Though there are a few political dialogues in the trailer, the film does not have a political backdrop.”

The actor admits that he is disappointed since his last few films didn’t do as well as he expected. “But I can’t sit and think about that as I go forward with other projects,” says Gopichand, adding, “I analyse the films that went wrong and correct it in the upcoming ones.”

Showering high praise on lead actress Mehreen, the actor shares, “She lost a lot of weight for this film and did a fabulous job. She is definitely going to see a high after this film.” He admits that he always feels tense before every film release.

“Not just for this film, I feel nervous and tense before the release of every one of my films. I am more concerned about how the audience receives my films rather than the collections,” reveals the actor.

On the personal front, the actor shares that he spends most of his time with son Virat Krishna. “If I am not shooting, I play with my son. He is now an LKG student and whenever I can, I drop him at school,” says the doting father, who adds that his son likes action films the most.