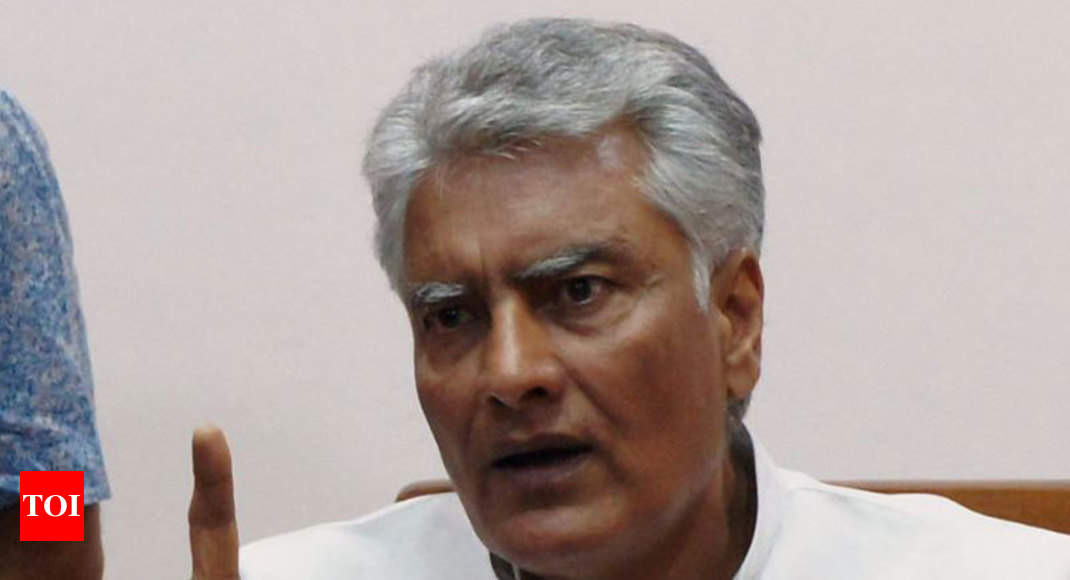 NEW DELHI: “I can make a better Rafale (fighter aircraft), please give me the contract.”

This caustic remark attacking the BJP-led government was made in the Lok Sabha by Congress MP Sunil Jakhar on Friday, before his party members staged a walkout after a noisy protest demanding the setting up of a joint parliamentary committee (JPC) to probe an alleged scam in the Rafale fighter jet deal.

Jakhar also waived a paper replica of the fighter aircraft during the Zero Hour as Congress members were in the Well raising slogans on the issue.

Leader of the Congress in the House Mallikarjun Kharge also alleged that the deal was a scam “worth thousands of crore.”

“Madam, I want permission to present the replica of the Rafale on the table of the House. Please permit that. I can make a better Rafale than (an industrialist) who has no experience in manufacturing one,” Jakhar said.

“I have been practising it since last night,” the Congress MP added, flaunting the paper replica of aircraft.

Congress members had earlier trooped into the Well raising slogans alleging corruption in the Rafale jet deal. They were holding placards which read ‘Modi’s Rafale Gate’ and set up ‘JPC set up karo’.

Kharge also said that there was no quorum which was against the values of the House. “We are walking out,” he said. He then led the Congress members to stage a walkout.