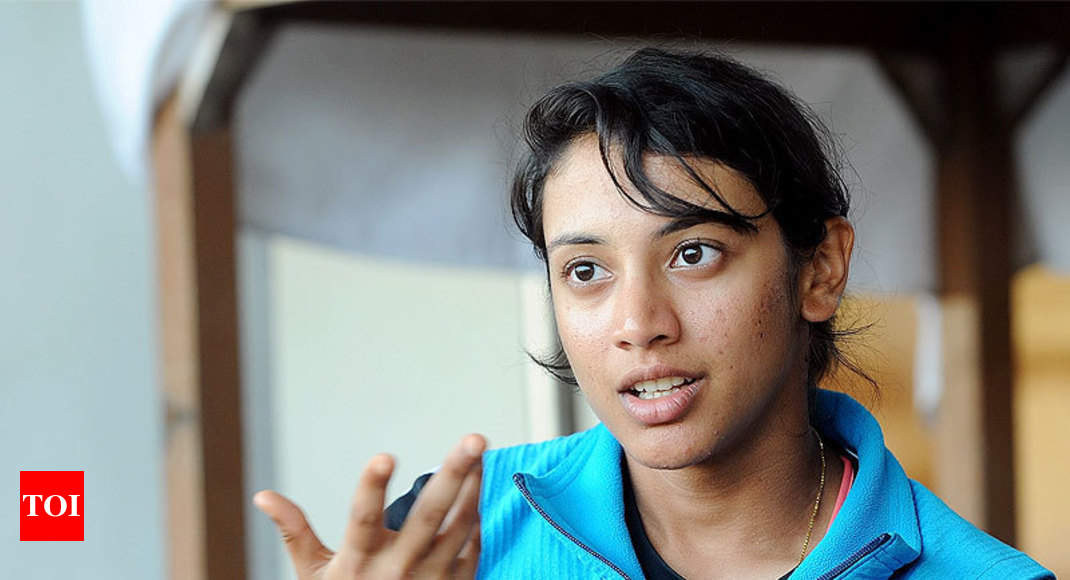 MUMBAI: While the Indian men’s team hasn’t relished English conditions so far, a talented woman cricketer has set the Thames on fire with her astonishing performance there.

Vice-captain of the Indian women’s team, Smriti Mandhana, has created history in the KIA T20 League, currently being played in the UK. Enjoying a rich vein of form, the 22-year-old has smashed 338 runs in six innings at an impressive average of 85, and an incredible strike rate of 184.

This tally includes a 60-ball hundred and two fifties, one of which was the fastest in women’s T20 cricket (an 18-ball affair which is the joint-fastest half-century in women’s T20s). She has also smashed the most number of sixes – 19 in the history of the tournament. It isn’t surprising that she sits atop batting charts by a huge margin in this edition of the KSL.

At a time when the Indian women’s team was engulfed in a bit of a controversy following the exit of coach Tushar Arothe due to differences with senior players, Mandhana’s superb form, coming just months ahead of the T20 World Cup in the West Indies, is a huge relief.

In an exclusive interview with TOI, Mandhana, speaking from London, shares the secret behind her tremendous form in KSL.

“After the World Cup last year, I worked very hard on my batting & fitness levels. This has helped me in achieving good and consistent form since that time,” she says.

A fan of Virat Kohli and Kumar Sangakkara, the left-hander reveals that a slight change in her batting technique has also helped her achieve such blazing form. “A minor change in grip, and a slightly more open stance are the two changes I have made lately. It has helped me with my stroke-making and with clearing the in-field easily. I’m feeling more confident,” she says.

Obviously, the century she hit is “special” to her, “as it’s my first century in T20 cricket,” she says, before stressing that she can bat even better. “I believe that my best is yet to come, and I’ve to keep improving myself and keep pushing myself and not be complacent. Scoring runs for my country and being consistent is what I always aspire to do.”

Smashing almost all the records in the KSL has left her with a great feeling. “It never expected myself to be leading across so many different stats on the batting chart in the tournament. However, I’m the happiest when the team wins. Personal performance is always secondary.”

Fans of the Indian women’s cricket team would now hope that Mandhana is able to perform similarly well in the T20 World Cup later this year in the West Indies. “I will try my best there. Our team is working hard towards it, and the BCCI has really helped us in organizing preparatory camps and tours, which is providing us with enough match practice. These tours and camps help us assess our strengths and weakness, and plan accordingly for the T20 World Cup.

She feels that India has a great chance to do well in the tournament. “If we play to our potential, God willing, we will do well.”

Mandhana values the experience that she’s gained playing in the KSL, and before that in the Big Bash women’s League. “Both are good leagues, and playing in them has helped me improve my game in the T20 format and grow as player.”

Currently, she’s “loving the experience” in this extremely successful stint with the Storm Troopers. “The franchise is taking good care of me, to the extent they are helping me with Indian food, as I’m a vegetarian,” she says. On her ‘rest day,’ Mandhana plans to watch the India versus England Lord’s Test.