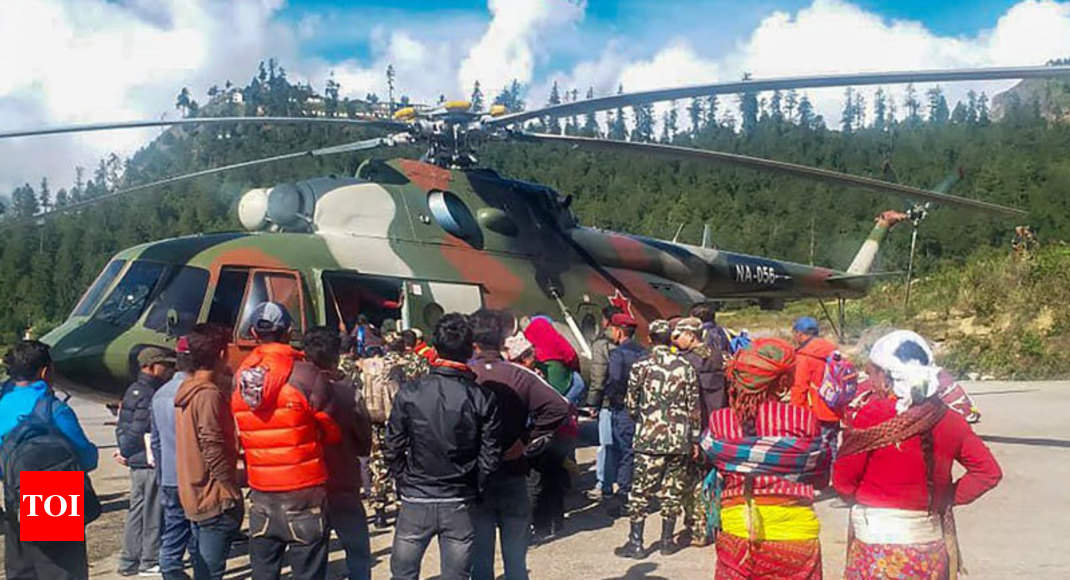 NEW DELHI: Hundreds of Kailash Mansarovar Yatra pilgrims from India stranded at high-altitude areas in Nepal due to inclement weather have been evacuated, with 53 flights and 142 chopper sorties taking people to places of safety, the external affairs ministry said today.

The Indian mission in Nepal has undertaken a “massive exercise” to evacuate the pilgrims both from Hilsa and Simikot, Ministry of External Affairs Spokesperson Raveesh Kumar said.

He said evacuation efforts were still ongoing and if the weather holds, those Indians still stranded would also be taken to places of safety.

He said the situation was “fast returning to normal” and about 50 pilgrims were in Surkhet, while 560 were in Simikot.

Kumar asserted that there was no “crisis situation” and pilgrims were continuing with the yatra, which is conducted through private tour operators.

The pilgrimage to Kailash Mansarovar in the Tibetan region of China is considered holy by Hindus, Buddhists and Jains. Every year, hundreds of Indians undertake the ‘yatra’ which involves trekking under inhospitable conditions.

The ministry issued an advisory for pilgrims planning to undertake the Kailash Mansarovar Yatra through Nepal, saying there were “high chances” of getting stranded in various legs of the journey in case of inclement weather.