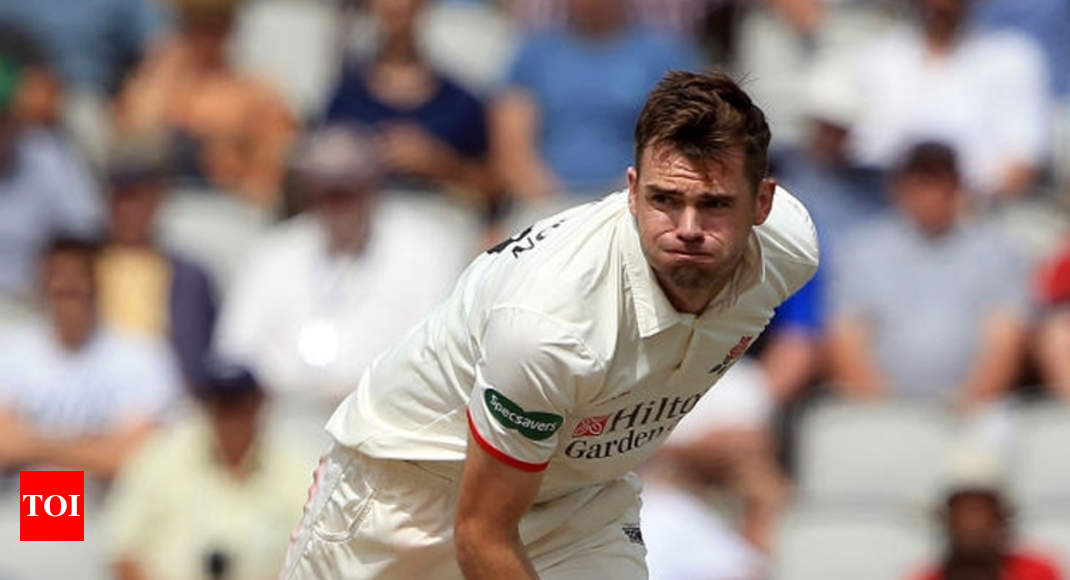 CHENNAI: Virat Kohli and his men will have to “get on top” of the swing and seam of the seasoned James Anderson to brighten India’s chances in the upcoming Test series against England, feels Australian pace legend Glenn McGrath.

“Anderson is going to be a big player. It is how the Indian batsmen face his swing and bowling in English conditions. If they can get on top of Anderson, that is going to make a big difference for them. I think for them he is definitely going to be the key,” McGrath told reporters here.

ALSO READ: When Indian cricketers proved they were no longer pushovers abroad

The Australian, who is director of coaching at MRF Pace Foundation, said though the Indian bowlers have been doing well in recent times, batting remains their strength.

“It is going to be interesting. I think India started really well in England, obviously it is in the ODIs and T20s. The batting line-up has always been their strength. Just heard about injuries to (Jasprit) Bumrah and Bhuvi (Bhuvneshwar Kumar). So it will be interesting to see their bowling line-up, to see who comes in and takes the load.

“In recent times they have been bowling really well. Injuries do happen, it is going to make it a little tougher. But their strength is their batting,” he added.

He said though the spinners have done well for India and would have a role to play in England, the fast bowlers would be crucial.

“Spinners have done well for India. Shane Warne loved bowling there. He always said if it seamed, it will turn. In English conditions it does seam a bit and Warne has had success there. India is going to need their bowlers, their spinners firing if they have to win the series.”

“Having two spinners in the line-up, if that is going to be the best bowling attack it is fine. I am interested to see who are bowlers that they have. (Umesh) Yadav, Ishant Sharma and Mohammed Shami, who’s your backup quicks going in.

“With Bhuvi and Bumrah out, it creates a bit of a hole. The first Test is going to be pretty important.”

McGrath spoke about the difference Ishant Sharma’s experience could make.

“… Obviously spinners are always pretty handy. But medium-pacers and quick bowlers in England, if you bowl well, with the Duke ball and in those conditions, it is going to be…” he added.

When the discussion turned to Kohli, McGrath said it was time the India captain scored in England.

“For Virat, he has done everywhere else, but in England… He is a quality player without a doubt, a class act, has got all the shots. He is quite aggressive and not a timid player. It is time he shows that he can score runs in English conditions too.

“It is a little bit tougher with the ball moving around. Australia used to be quick, bouncy whereas in England it is seam movement. If he can adapt and adjust to the conditions, he can score. When he is playing well he is as good as anyone going around.”

To a question as to who among the Australian cricketers have the quality to emulate former Pakistan captain Imran Khan, who is set to take over as the Prime Minister, McGrath said, “If anyone I think it will be Adam Gilchrist. He is very diplomatic.”