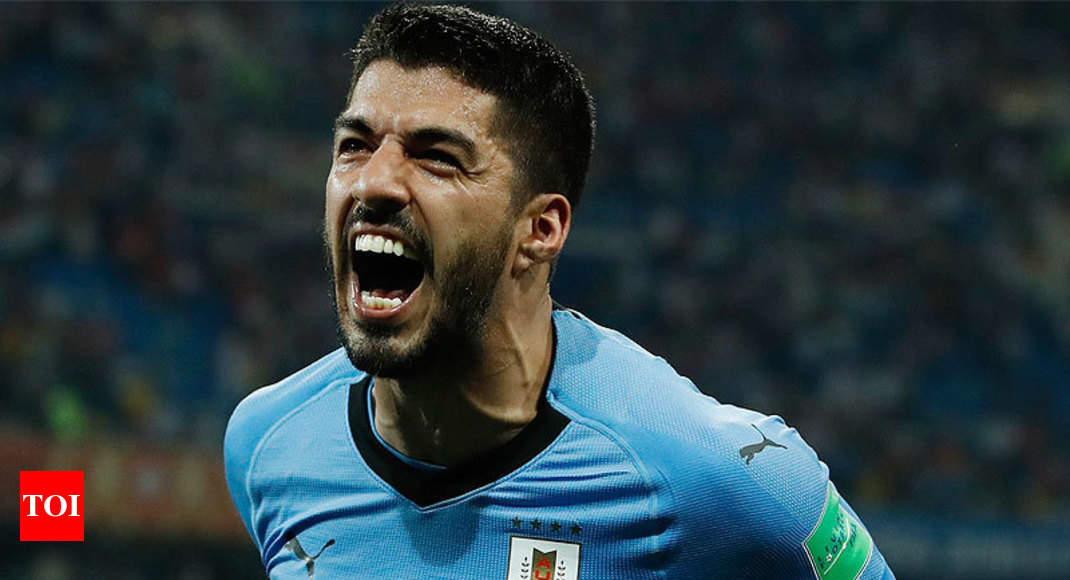 KOLKATA: An amateur rugby player, who was forced to eat the body parts of his dead teammates when the plane carrying his Old Christians club to Chile crashed 46 years ago, has motivated mercurial Uruguayan striker Luis Suarez to keep him from biting his opponents.

Gustavo Carlos Zerbino, who arrived in Nizhny Novgorod on Thursday, had given a motivational talk to Oscar Tabarez’s squad before its departure for Moscow. He spoke particularly to Suarez whose 2014 World Cup had ended in ignominy after he was handed a four-month ban for biting Italy’s Giorgio Chiellini during the team’s last group game.

“Those were moments of indiscretion by a very emotional player. The Suarez that we see now is in control of his emotions. In the past four years, he has not bitten anyone. He is an excellent player and human being.

He is now part of the solution and not the problem. I told him to focus on how he plays and not on what others do on the field. I told the players that to have extraordinary results you have to do extraordinary things. You have to want the cup, believe in it and do everything in your power to claim it,” Zerbino told TOI on Thursday.

The plane crash in October 1972 had left Zerbino and 25 others stranded in the Andes for 72 days at 15,000 ft with temperature as low as -35°C with low oxygen and no water or food. A second-year medical student then, he convinced others to eat the dead bodies to survive. After two months three survivors were able to trek miles through snow to raise help. Only 16 survived and the story told in the 1993 film ‘Alive’.

“If I could beat the most outrageous misfortune, the team could surely overcome the challenges that other teams throw at them and come out trumps,” Zerbino, who has worked with the national team for the last 12 years, told the Uruguayan squad before their departure.

Zerbino, who visited Kolkata last October, has invoked the blessings of goddess Durga before Friday’s tie. “The only woman I earlier prayed to was Virgin Mary. But when I came to Kolkata last year and saw the fervour at what is surely one of the world’s biggest festivals, I became a devotee of Mother Durga as well. I hope she will shower her blessings on our team,” he said.